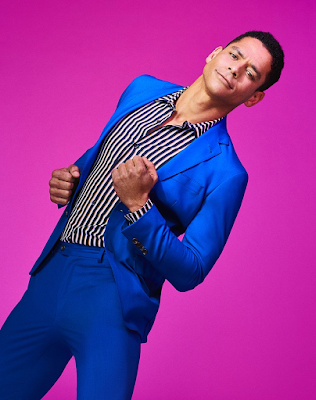 "I mean, I wanted to see
myself in Denzel Washington."

-- I assume that Russian Doll and Tales of the City actor Charlie Barnett was probably being respectful (blahh) when he said the above to THR about the "on-screen character he most identified with as a kid," but I'm just gonna go ahead if he doesn't mind and pretend he watched the locker-room scene  in Ricochet over and over and over again like I did and meant, uhh, something a little different. Something closer to what I'd mean if I said what he said. Something more akin to...