The War For America's Ass 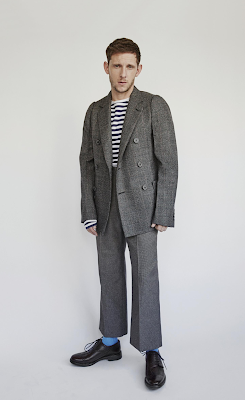 When it comes to Fantastic Four I've always been more interested in Marvel figuring out how to make a movie starring Chris Evans as both the Human Torch and Captain America at the same time -- hell they had Chris Evans wrestle with himself last time, anything's possible! -- but I guess for the time being the Fantastic Four reunion we're going to get is just Jamie Bell starring opposite his reboot co-star Michael B. Jordan in a new movie. A new Tom Clancy franchise, specifically -- Jordan is playing John Clark, a character who's been in 17 Clancy books, in a film called Without Remorse; Bell is joining him as another CIA agent, the one who recruits him into the fold. And by "fold" I mean "the folds of his sex comforter" because hey, a boy can dream right? I don't know. My brains hurts, man. In summation...

And here I thought that you were going to talk about that drawing of Nightwing by Nicola Scott that lit up Twitter last night ;D.