Quick On Three Before The Storm

.
I don't know if you heard me one or two of the five billion times I mentioned it in the last week but I'm currently immersed in press screenings for the New York Film Festival. Which is great! That said I've got today off and I'm not quite immersed in writing those up yet so I figured this is probably my last chance, before my brain's one hundred percent washed away by that, to toss out a few words on some movies that have nothing to do with NYFF that I nonetheless managed to see recently and actually, you know, have words for. A few anyway.

The Death and Life of John F. Donovan -- As appealing as some individual moments in here that are coming at us from the ridiculous pool of talent that Xavier Dolan managed to gather up for this, his English-language debut -- Natalie Portman has a couple of lovely moments and you can't point a camera at Kathy Bates without coming away with something interesting -- man this thing flounders. My only thought at its end was what, pray tell, was the point of all this?

Dolan seem to've felt forewarning on that front in the process of making the movie because he actually gives a character a speech about Why All This Matters -- that no it's not War And Famine but beautiful people feel things too, dammit! But that only serves to underline the vacuousness, like setting off fireworks at a three-alarm fire. Dolan has always been self-indulgent and self-obsessed but he's made that work to his advantage before -- Donovan feels like he's squeezed the rag dry. Definite bonus points for Kit Harington making out with Chris Zylka, though!

Tigers Are Not Afraid -- Even if Guillermo Del Toro hadn't been its biggest fan and sung its praises left right and everywhere it would have been impossible not to bring up Guillermo Del Toro, since the debt this mystical film about Mexican orphans owes his work -- specifically his kiddie ghost stories  Pan's Labyrinth and The Devil's Backbone -- is plain.

That's not meant as any sort of slight, since writer-director Issa López has acknowledged the influence and more importantly she turned it out -- out enough that she manages to stand clear of his big shadow, even. Tigers Are Not Afraid is a low-key marvel, surprising and rough and emotional, at times darkly beautiful to behold. Like Del Toro she's not afraid to walk into those dark places and confront the things she finds there -- there are moments here that held me and held my breath in awe and sheer terror. S'real good! 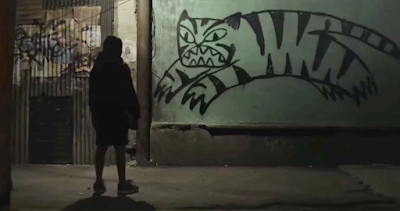 The Dead Don't Die -- Well I think I have a new favorite Jim Jarmusch movie? That's not saying an especially lot given he's never been a film-maker I've connected too fiercely with -- he comes off as so posturing to me; like Patti Smith you get the feeling he couldn't possibly remember a person's name if they have never been mentioned in Interview Magazine. And yes that's describing my impression of him as a person, but that East Village brand of smug has heretofore bled all over his work, even when he's tackling a genre film like Only Lovers Left Alive, which Tilda aside -- always Tilda aside -- didn't strike me as having to say much of anything except the worn out "Vampirism is Drugs!" thing.

But his zombie movie here seems a different beast -- maybe it's just that he's older and gotten the Cred he's plainly felt so owed for so long, but The Dead Don't Die finally just feels relaxed in the best of ways. Perhaps it's the Adam Driver Factor -- I feel like that big dude could loosen even the tightest of wads. The vibe is just so pleasantly off-kilter -- something about the humor so dry it's deserted smacking up against the wet slap of cartoon gore and severed heads straight on hit my sweetest of spaces. It's the correct sort of goof, for me, for me now. 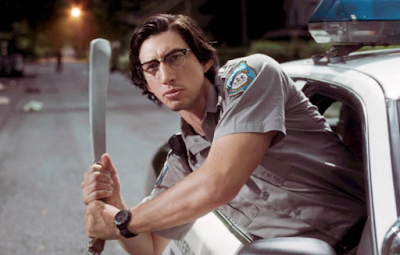 Loved The Dead Don't Die, but my favorite Jarmusch film will always be Only Lovers Left Alive. It's such a beautifully made vampire movie! That and Let the Right One In are the two best so far of this century!