The Monsters, They Are Invisible 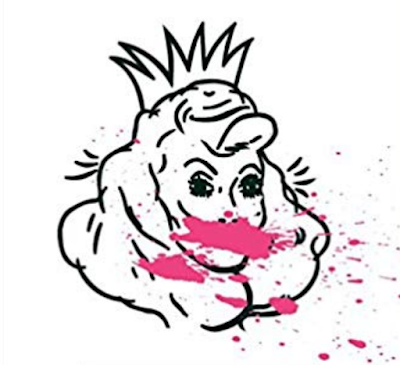 I went through a big Chuck Palahniuk phase about fifteen years ago and read everything I could get my hands on -- it's since died down, way down, I haven't read anything of his in ages. But my favorite was always Invisible Monsters, the soapy and insane story of a high fashion model (with multiple names) who is disfigured in a shooting and spirals out of control, like way, from there. The story relies on all sorts of contrivances involving mistaken (or fudged) identities that are real easy to pull off in a book where the characters are inside of your head...

... but notsomuch in a visual medium a la television where the characters are right in front of you, which gives me pause with today's word that they're working on turning it into a TV series. Writer Jennifer Yale, of the show Legion specifically, is who's working on it. It's good it's a woman working on the show, I'll grant them that, because it's a story explicitly about constructed femininity -- I do wonder how some of the stuff it covers (the other main character is a transgender woman) has aged, but I haven't read the book in a decade, perhaps it's aged well. I honestly don't know how you pull this off, though. There was word in 2010 that they wanted to make a movie -- I wouldn't be surprised to see it suffer that nothing fate again. But I might go re-read the book so that's something!
.
Who? Jason Adams When? 10:49 AM

This is also my favorite book of his, a fact that doesn't seem to be shared by many fans of his work overall. (Perhaps due to the subject manner compared to his usual fare?) I also haven't read it in nearly a decade, and I'm hesitant to do so in case it has aged very poorly. A dear friend of mine got me an autographed copy one year and I treasure it so much!

If you do give it a reread I'd love to hear your thoughts!

I love this fucking book and I would love to see this finally adapted. I've actually never been able to finish another Chuck Palahniuk book, but I HAVE read this one five times over (though it's been about 12 years since I last read it...) I definitely started writing a few different scripts for it as a teenager, too. There's been "news" of it being adapted off and on for like the last 16 years with Jessica Biel, Parker Posey, Angelina Jolie attached at different points. At this point, I've learned not to get my hopes up until I see actual on-set photos.