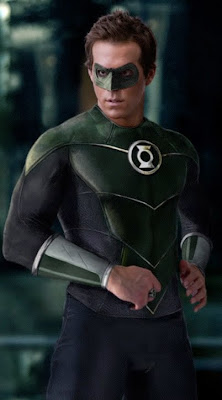 --- Most Deceptive Headlines Ever - This morning, every website I visit, big headlines stating that Ryan Reynolds isn't wearing a superhero suit for Green Lantern, and I'm all, RIGHT ON HE'S NAKED. But no, they lie. I guess he's filming in one of those Avatar-type motion-capture suits and the actual costume will be filled in with CG. Cheaters!

And this also worries me because if the suit is CG then it's basically his entire body that's CG from the neck down which means I'm not gonna see any real fabric clinging to his real, astonishing frame. BULLSHIT! They could've hired John Goodman for the part and just CG'd him into a costume, for fuck's sake. Ugh! Useless. 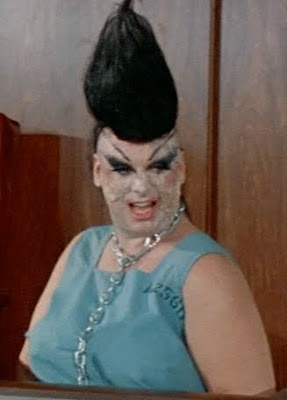 --- Pink Lady - Looking for a lotta Divine? Then look no further than Pax's love letter to the large-in-charge lady over at Billy Loves Stu. She's too fucking beautiful to live!

--- Orko On Demand - The dudes that wrote the Predator reboot are gonna stick their hands into the Masters of the Universe and see what they can come up with. I was a massive nerd for He-Man as a kid, so I will probably really like seeing a movie that actually tries, if it ever happens. 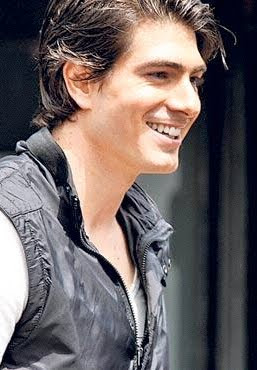 --- Supes Up - Man-o-steel Brandon Routh has apparently joined the cast of Frank Darabont's Walking Dead series for AMC. Just last week pretty-Brit Andrew Lincoln was announced as the lead. Not sure who Routh's playing.

--- Dennis Menaces - Two announcements this morning regarding director Dennis Iliadis, the fellow who helmed the much-better-than-you'd expect Last House on the Left remake. Via BD comes word that he's going to direct Jekyll - as in "and Mr. Hyde" - which will star... Keanu Reeves? Oh. Okay. Uh. Yeah. Next thing... in possibly better news, he's set to direct something called Pay the Ghost, a movie about a couple's whose son goes missing and a year later, strangeness begins to infiltrate their home. This second project sounds interesting, especially since it's an from an original story, something so woefully in short supply these days. 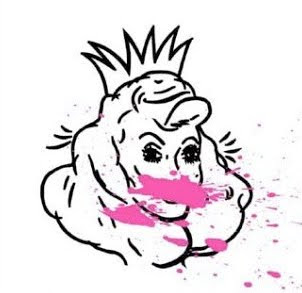 --- Visible Monsters - Seriously, just a couple days ago I was talking to the boyfriend about the impossibility of Chuck Palahniuk's book Invisible Monsters being made into a movie, and now over at Cinematical there's an article on the very subject. I guess another screenwriter's gonna try. Good luck, dude. I don't know that there's any way to get an audience to want to look at those characters for extended periods of time though. It's easier in a book where you can set aside what they look like, push it outta your brain. In a movie, it's up in your face every second. 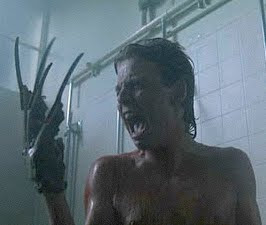 --- I Had The Queerest Dream - It really does boggle the mind, the second Nightmare on Elm Street film. It exists in this ridiculous camp vacuum. Adam at Club Silencio took another look at the film and highlights the... wonder? Sure, wonder. It's something.

--- And finally, if you missed me spazzing out about Scott Pilgrim Versus The World somewhere else for a change, I did just that over at The Film Experience yesterday. We're counting down our anticipated titles for the rest of 2010, and Pilgrim came in at #10.
.
Who? Jason Adams When? 10:50 AM

At least Reynolds is actually in a tight fitting costume in PAPER MAN..?

This Walking Dead is sounding more and more interesting. I can't wait to check it out even though I'm not really a "zombie" fan.

Re: Colin Farrell as Marcus in "Something Borrowed" - it seems like they've been trying to get this movie off the ground for years, with Hudson the only constant as a lead (I seriously don't get how she's still getting offers; she must have dirty pics of film execs). The books (there are 3 of them) are your fairly mundane chick lit but kind of perfect for turning into a rom-com. I can see Farrel in the Marcus role, especially if they expand it a little.

LOL. I love recruiting(mortifying) as many people to Female Trouble as I can. I need to get a animated gif of that courtroom moment.