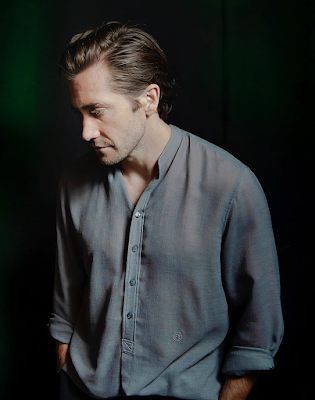 There's a new chat with our boy Jake Gyllenhaal in Vanity Fair today -- it's mostly him talking about his ongoing Broadway show Sea Wall / A Life (funny enough he never mentions taking a photo with me, the nerve) but for some reason the interviewer brings up actors using scents to get themselves into character, and asks him what movie of his deserves a scratch-n-sniff treatment a la John Waters' film Polyester (seriously, did I conduct this interview and forget it) and here's Jake's reponse:

"I’m thinking of Zeffirelli’s Romeo and Juliet—what that scratch-and-sniff card would smell like, because if it smells the way that movie looks, my god. And Nightcrawler—new leather car smells. It has top notes of blood and fecal matter."

Fecal matter aside -- this is the sort of day where I say "fecal matter aside" apparently -- this is a weird answer, since Jake, you're not in Franco Zeffirelli's Romeo and Juliet last I checked? Perhaps I should go back and re-check. Maybe he's tucked in between Leonard Whiting's butt-cheeks and I never noticed. (Thx Mac)

Anyway on that note to probe backwards a bit with a trio of thoughts -- 1) Perhaps Polyester came up since Criterion's Polyester blu-ray is out in one week? And 2) Hey, we just celebrated Nightcrawler's 5th anniversary! And then 3) Here below are a few recent photos of Jake with his Broadway co-star Tom Sturridge that caught my eye after the jump since the photographer made the two of them sit really, really close to one another, which we appreciate... 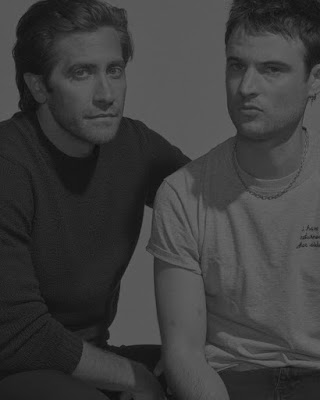 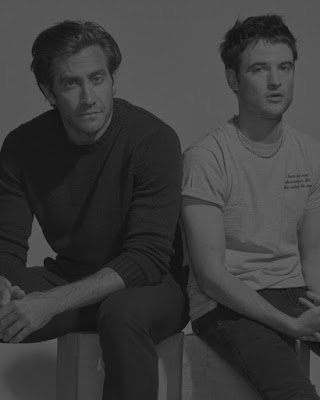 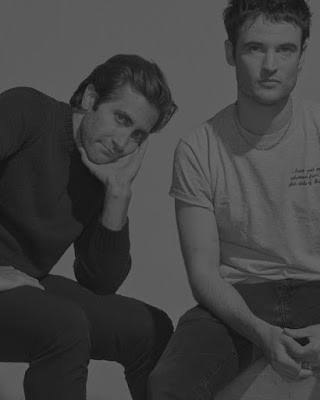 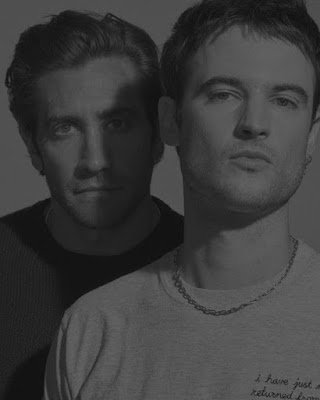 Why do Jake and Tom look like they were shot through my cataracts?

LOL I don't know, DC -- I thought about futzing with the photos

Does this pull quote for Leonnard Whiting's bare ass, mean you don't equate Jake's talk of "intimacy" with "Gay Sex He Exclusively Has"?? Is "gay sex" just men's ass, but never "intimacy"?