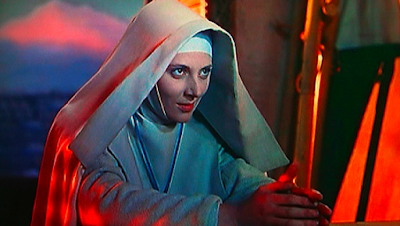 Remaking some of the greatest pieces of cinema ever created is always a most risky business, which is why I think we've seen a lot of these projects swerve out of the direct path of our protests by turning themselves into several part miniseries that they claim to be more faithful adaptations of the source novels. So it goes with the BBC's forthcoming Black Narcissus, which will turn Rumer Godden's 1939 tale of overheated nuns in the Himalayas into "a three-part event series" that will star Gemma Arterton & Alessandro Nivola.
.

Hey @SandroNivola if you're listening -- you really must insist on wearing David Farrar's short shorts at some point in your BLACK NARCISSUS re-do, they are NON-NEGOTIABLE pic.twitter.com/FRKOP7YMNe
— Jason Adams (@JAMNPP) September 13, 2019

.
Even though the 1947 film from Powell & Pressburger with Deborah Kerr is one of my favorite movies of all time, perfect in every lustful technicolor sense, I'm not averse to this re-do happening -- as I've gone over a few times in the past few years I'm no longer upset by remakes. If there's an original version that we adore the original version that we adore will still be there after this new one comes and goes. Plus Gemma Aterton is tremendously underrated, and... 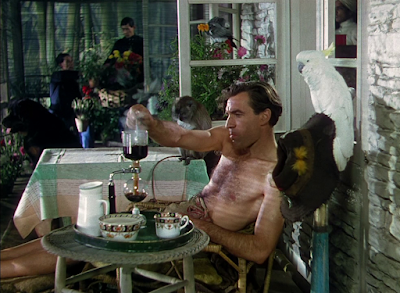 ... Alessandro Nivola is really great casting for the David Farrar role of Mr. Dean, the "dissolute English colonial and First World War veteran whose combative relationship with the head sister of the order awakens hidden longings in both." I want to watch these two do those things! 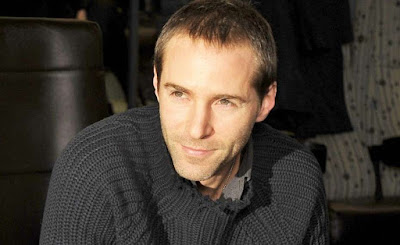 The series is also being entirely shepherded by women, which might add a thoughtful spin on this inherently feminine tale -- it's written by Amanda Coe and it'll be directed by Charlotte Bruus Christensen, the DP for The Hunt with Mads Mikkelsen and the gorgeous Far From the Madding Crowd remake -- she knew how to shoot the hell out of Matthias Schoenaerts in that so I have faith she'll know how to shoot the hell out of Alessandro now.

Remakes are a fact of life and I can't say I'm adverse to them totally. After all The Maltese Falcon was the third version of the same story but.....once they get it right I say move on to films that had a germ of a good idea and didn't turn out as well as hoped. There are plenty of those, hell even Hitchcock missed with Topaz. I do agree however that Nivola is great casting.