Time To Do Tab 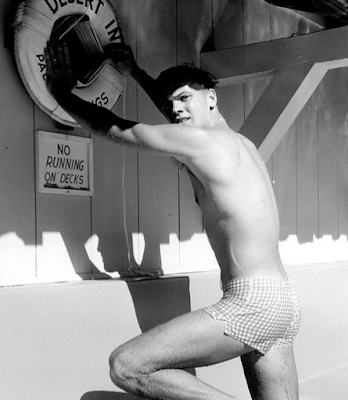 Although I'm a little wary of celebrating his birthday now that John Waters confirmed Tab Hunter was a Republican up until the day he died exactly a year and three days ago, which was way past the point of no return, I will bring up Tab today on what would have been his 88th birthday because there was a little smidge of news this week on that movie they're supposedly making about his closeted relationship with fellow movie star Anthony Perkins. NewNowNext interviewed Tab's husband Allan Glaser this week because TCM is premiering the terrific doc Tab Hunter: Confidential, based off Tab's terrific autobiography, tonight, and they got a little update (thx Mac) on the fictional film that's being made:

"Doug Wright, who won a Pulitzer Prize for his Tony-winning play I Am My Own Wife, is writing the screenplay. In a recent interview with NewNowNext, Glaser gave an update on the project, noting that Wright knocked his screenplay “out of the park.”

“I’ve never seen the first draft of a script so well done,” Glaser explains. “Then again, Doug lived with Tab; he came out here about three months before Tab died and spent a couple of weeks with us just to absorb Tab’s sense of being, his dialogue, his thoughts.”

“When I read the script, he totally captured Tab. His voice, his mannerisms, his outlook on life—and he did for Tony Perkins, too! Right now, we’re out to directors on the project. I think it’s going to be terrific.”

“For Tony Perkins, I was thinking Andrew Garfield,” reveals Glaser, but he is stumped when it comes to who could portray Hunter. “Maybe we’ll find an unknown, much like Tab was cast in his first movie,” he adds. “He was an unknown, and that made him a star. So, you know, we’ll have our own Hollywood story to come out of it.” 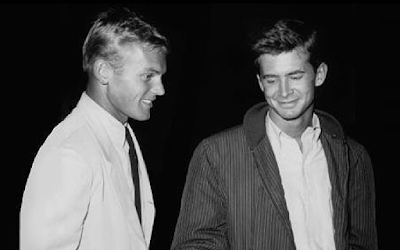 Andrew Garfield is of course a perfect pick for Perkins, even if he might be getting a little old for it at this point -- they really should hurry this up! But when the movie was first announced I asked for casting ideas and got a lot of suggestions for Tony (Andrew, Timothée, Ezra Miller) but not so many for Tab. So let's cast Tab! Give me your best suggestions in the comments... 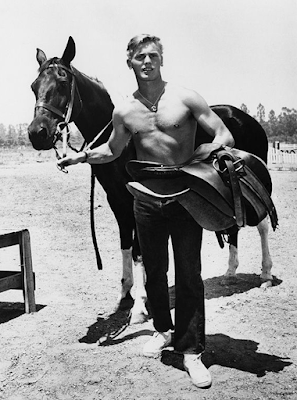 I noticed last night that TMC was going to air it this week, gonna have to pvr it. As for who should play Tab, I’ll say Cody Fern or Jack Lowden.

Kellan Lutz or Ryan Kwanten? They're kind of unknowns again aren't they?

Or Zac Efron just cuz I want to see him shirtless in every movie.

Trevor Donovan would be good.

Evan Peters, if he will get a little more jacked.

I was also going to say Billy Magnussen if he slimmed down a bit. But he's also maybe getting a bit too old.

He should be an American actor. Lucas Till?

Nic Hoult could pull off blonde better now he has filled out a little, since a single man, and if he bulked up a lot (as they love to do) he has the height and the face and of course the chops.

scratch that sorry nic, Sam Heughan for the win, he genuinely looks like him. Although id also like to see Jake lacy try turning those beautiful chubby cheeks into right angles

ok one last one which i think might be better than three just mentioned is Jeremy Irvine if he did the full Hugh jackman wolverine bulk up, get him Chris Hemsworth's trainer.

Armie Hammer is my first thought, looks quite a bit like Tab, around the same age as Andrew Garfield too. Zac Efron would be my second thought. Perhaps Ben Hardy might be a good option.