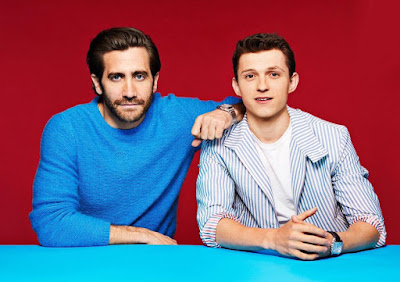 Since I'm seeing Midsommar a second time tonight and a third time tomorrow night -- yup I'm obsessed, in case you missed my review on Friday -- I'm not seeing Spider-Man: Far From Home until Wednesday, and Jake & Tom seem to be going out of their way today with all the new content to make me feel bad about that fact. EW is all over the boys today, with a cover-shoot and tons of behind the scenes stuff including videos and moving magazine covers (which involve actual spiders so don't expect to see me, a noted arachnophobe, posting that specific shit).

But otherwise there's plenty to give, like that gif of Jake "accidentally" spitting in Tom's mouth for our, you know, viewing pleasure. Spider-Man: Far From Home could be that gif on a loop for two hours actually, I would be fine with that. It's from the below video of them interviewing each other -- there's still no sighting of the moment mentioned in the full interview where they supposedly almost kissed, but perhaps they're saving that lest we all die of shock from this overload.
.


.
And of course you can always check in with our on-going Twitter thread about these two humping on each other for months, it's got plenty more to savor. If only every Marvel movie were this spectacular. (thx Mac) 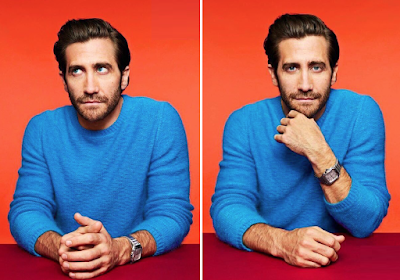