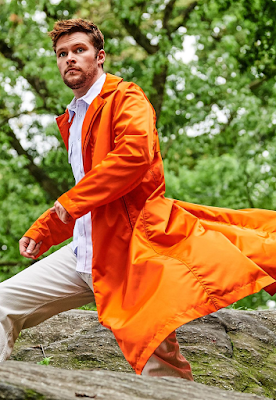 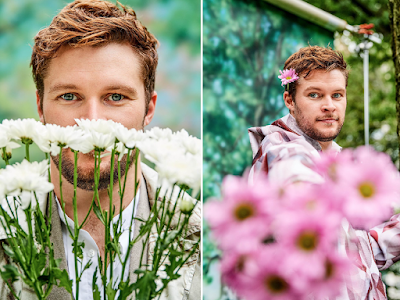 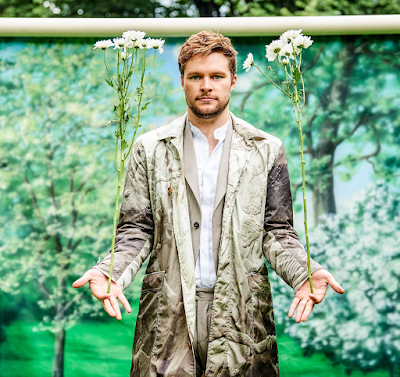 I hope y'all went and saw Midsommar this weekend -- although judging by the box office some of you probably did not! If you were one of the smart people though please share your insights with me in the comments. Actually share your insights over on the comments of my review of the film, once you've also read my review. Or "review" I suppose since I'm up to my usual rambling bullshit, or whatever. Anyway these pictures of Every Gay Man's New Crush Jack Reynor are from the new issue of Esquire, where they also interview him -- there are a couple of spoilers discussed but the most interesting piece came from director Ari Aster, I thought, because they asked him about the topic of race in relation to the movie and if you ask me the movie is a lot about race, and I was interested in what he'd say. Here's that exchange:

"There's also the question of the predominate whiteness of Midsommar. As my allotted time with Aster nears its end, I make sure to ask about the whiteness of the film, of which there are only three people of color. Aster chooses to be late to his next appointment to chat about what's a pretty blaring asterisk hanging over the film.

"You will notice that the white members of the visiting community are used for more than just their bodies to be sacrificed, whereas the others are thrown aside… It’s in the margins of the film and it’s kind of consistently in the periphery, so I don’t want to talk too explicitly about it because the film is not a polemic, although there are politics strewn in. But, yes, there are illusions to Swedish history, especially the last century,” Aster says. There is a Nazi book on prominent display in an early scene. The banner that you see in the trailer as the group travels to the village says, “Stoppa Massinvandringer till Hälsingland,” Stop Mass Immigration to Hälsingland. “That’s definitely there,” Aster says. “I’m glad people are catching it. It’s an important part.”"

I was not a huge fan of Hereditary, so I was pleasantly surprised at how much I liked Midsommar. I can't really put into words why it transcended the typical horror movie experience for me; nearly all the standard horror tropes and stereotypes are there, after all, and I don't feel the film covers much ground that hasn't already been gone over in the genre. But I felt a connection to the characters, and to the injustice of their circumstances, that I don't typically experience from horror films.

You know, I wondered what the exact purpose of showing the Nazi book was, so I'm glad Ari clarified that as well as the sign (Which, yikes LOL.)

Also, maybe I'm weird, but I honestly came out of Midsommar with more of a crush on William Jackson Harper than Jack Reynor. Reynor comes off pretty cool in this interview, though.

I came to Midsommar without seeing Hereditary. I enjoyed it as light summer horror, if such a thing exists. What struck me was how close the movie hewed to what I understand (which is not much) of pagan ritual and worldview. Having a group of Americans go to the "old world" in more ways than one was the most entertaining aspect of the film. The attendant rituals were over the top in their gore (IMHO) but at the end I walked out thinking it was not such a bad way to expend a summer holiday afternoon. Best part, sewing the "most likely candidate for bear-dom" into a bear carcass. Funny!

I had no idea what I was walking in to. Weirdest movie ever!! LOL