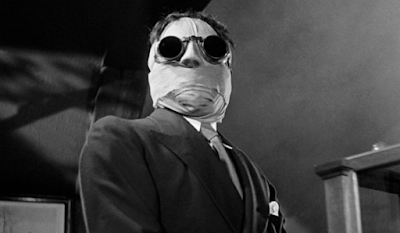 So much Invisible Man talk lately! With the new movie green-lit and our last one of these here posts last week was on Paul Verhoeven's version. But it's not hard to see what would draw James Whale, a gay man living and working in the 1930s, to the story of a person who finds power from being hidden away, and how that power would terrify the masses. The subtext of Whale's 1933 take on HG Wells' novel is right there for all to see... or to, uh, not see? Whatever, you get my point. 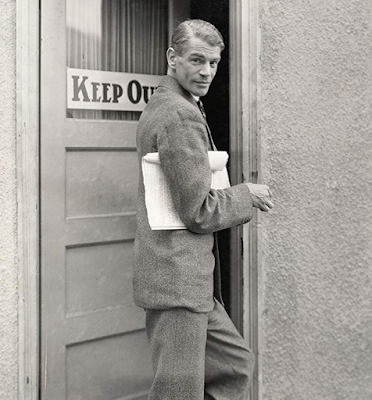 Whale, who was born 130 years ago today, left behind a great legacy of queer horror classics that all root around in what it means to be an outsider looking in at the sick boring world of heterosexuals, and how that separate status poisons and clouds a person's goodness no matter how hard they try -- Claude Rains stripping naked and running through the streets wreaking havoc in a small village; Boris Karloff's great lumbering Monster chased away by torch-wielding townspeople for being (re)born that way. 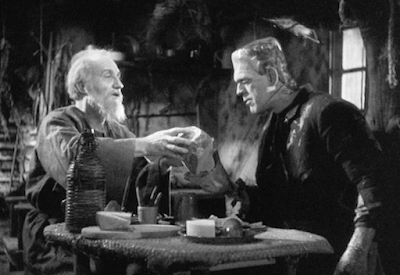 Besides watching one of Whale's flicks to celebrate (I'm feeling The Old Dark House at the moment) we should all also go read Christopher Bram's book Father of Frankenstein right now... and then definitely re-watch Gods & Monsters for the fiftieth time... and then finish it off with a good solid weep for the Oscar that should've been Sir Ian McKellen's... 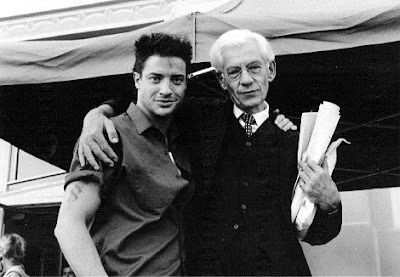 "and then finish it off with a good solid weep for the Oscar that should've been Sir Ian McKellen's..."