Kiki is Our God Now and Forever 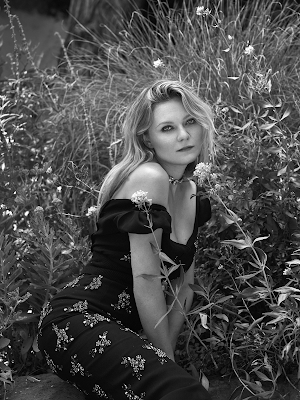 Overdue for an Oscar by about half my life-span, Kirsten Dunst nevertheless persists in being absolutely incredible in every single thing she finds to do, even though she's in that weird in between period (aka the late 30s) where actresses get oft ignored. And since her best role this decade (since Melancholia in 2011 at least) was on TV -- I speak of her glorious work on Fargo obviously -- she's headed back to the small screen with a terrific sounding new show for Showtime. It's called On Becoming a God in Central Florida and it sounds like a hell of a lot of fun and we thankfully don't have to wait forever for it -- it's premiering on August 25th, there's already a teaser. Watch!
.


.
The pilot was directed by Charlie McDowell, who I was just recently talking about -- he's directing Gilded Rage, that New York Rich Boy Murder Movie starring Bill Skarsgard that Dunst's ex, a certain Jake Gyllenhaal, is producing. Aww remember them? 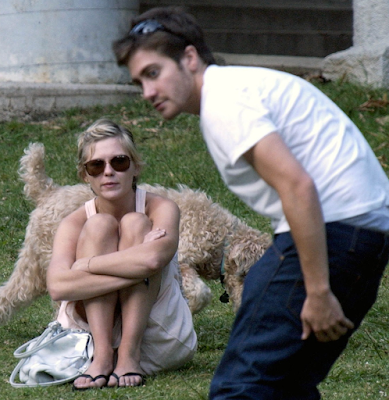 Even though I hated her for going near My Man at the time I still like to remember them now, looking back. Anyway speaking of Skarsgårds his name doesn't show up on the IMDb cast list but yes indeed that is her Melancholia co-star Alexander Skarsgård looking hella dweeby up in that trailer:

"Overdue for an Oscar by about half my life-span (...)": A-fucking-MEN. Kiki is so underrated and I'm glad someone finally agrees with me on that!