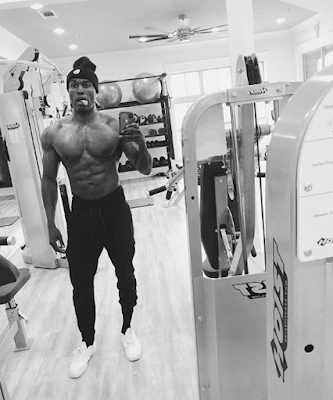 The last time I checked in with the Jordan Peele produced Candyman reboot was when Aquaman villain actor Yahya Abdul-Mateen (seen above via his Insta, bless) joined the cast, and we thought that he might be replacing Tony Todd as the hell-minded hook-hander. Nope! Word last night broke that Tony Todd is returning.... but maybe for just a cameo? It's still unclear but here's what Todd himself had to say:

"Out of the blue I got a phone call from Jordan Peele. We’re still waiting for the contract, but the way he explained it to me was that it’s gonna be applause-worthy moments. That’s his words. No matter what happens with that, it’s gonna just put renewed attention on the original.”


We do have word though, which was missing when I first reported this, that Yahya is playing "an artist who becomes obsessed with the bloody legend; Teyonah Parris is his art dealer girlfriend." So it will be set in the art world, which connects it nicely to the horrific urban murals and graffiti of the original. We also know that Chicago's Cabrini Green projects from the original film have been gentrified out of existence -- it's now a hip fancy neighborhood, and Peele smartly plans to focus on that. Or he does along with the film's director Nia DaCosta anyway -- I probably keep giving Peele too much of the credit, but he is the Horror Man wearing the big Horror Pants of the moment after all.