The Dark and Sparkling Night 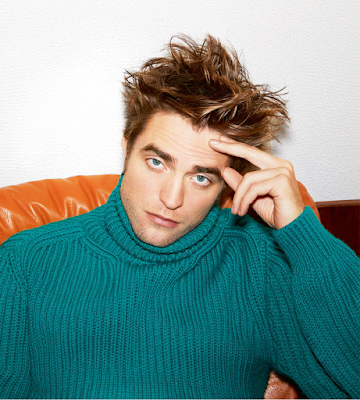 News broke last night that Robert Pattinson had been chosen to play Bruce Wayne and his alter ego Mr. Batman for The Batman, the latest aka the hundredth take on the darkest of knights from director Matt Reeves. Then news broke about thirty minutes after that that he hadn't actually been cast, he was on a list, a list of what sounded like two names, his name and the name of Sir Nicholas Hoult. The drama of it all! Well dun dun dun this morning it sounds like the original report was fairly on point, as Us Weekly (don't judge, they have a "source") says the former Twilight actor is close to snapping on Ye Olde Cowl. How do I feel about it, you ask?
.

That jawline was built for that cowl pic.twitter.com/hBxR8XujmI
— Jason Adams (@JAMNPP) May 17, 2019

.
Yeah if you thought there was even a whiff of petulant fanboy coming out over this you don't know me -- I've been giving Rob ripe hosannas for his acting work for just about eight years at this point, even since my second viewing of Cosmopolis when I realized what he was doing was working like gangbusters, and I've been Team Rob ever since. It helped that I didn't watch a single Twilight movie probably, but I don't begrudge that series its fans -- I always felt the snide side-eyes it got were sexist machinations anyway. 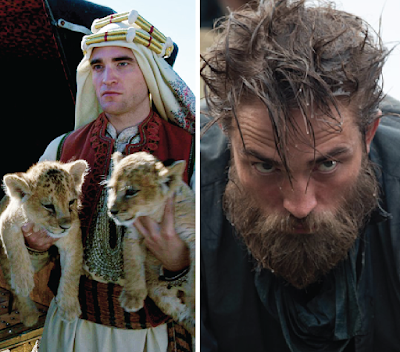 But in all seriousness Pattinson has done stellar work over the past decade -- he gave far and away my favorite performances in Werner Herzog's Queen of the Desert and in James Gray's The Lost City of Z. I didn't actually love either of those movies, but Rob's performances in both were wonders, enough reason to sit through both films on their own. Then came Good Time, which caught most people who pay attention to smart, independent films up to what he was capable of and then some.

I gave him an acting prize for his work on the Zellner Brothers' film Damsel last year, which otherwise got soundly ignored from what I saw but his work was goofy and weird and wonderful there too; I still recommend you seek it out. And then of course comes Pattinson's turn with internationally acclaimed auteur Claire Denis this year with the marvel that is High Life. Robert Pattinson doesn't need your approval! He's doing just fine. 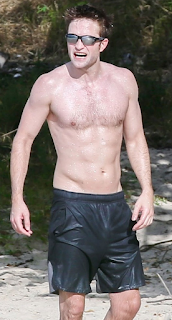 In fact I think he's probably too good for a Batman movie, although I think Reeves is one of our best blockbusters movie makers so if you're gonna go big he's not a bad guy to trust. The main question becomes at this point for me -- does he really want to do this? It's a big commitment, he's going to be dragged back into the spotlight, and that all seemed to make him hella miserable last time around. I mean that's not my question to ask really -- I am sure he's asked it of himself and is perfectly capable of making a decision, as he is an adult. I've just grown so fond of the past several years of his career I want more of that. (PS see more of those beach pictures right here.)
.
Who? Jason Adams When? 10:30 AM

I think he is terribly miscast as the young Bruce Wayne - maybe he will get his teeth fixed and it could be a go!