Listen to the Sea, It's So Soothing... 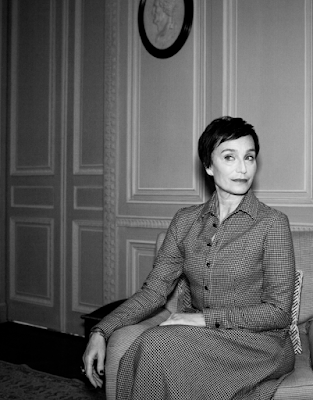 If you follow me on Twitter than you already know
my reaction to last night's big news that ...
.

.
Yes, Kristin Scott Thomas has been cast to play "Mrs. Danvers" in Ben Wheatley's remake of Alfred Hitchcock's film Rebecca. And my reaction is one of enthusiasm.

I was already on-board this remake because well I love Ben Wheatley, the director behind Kill List and Sightseers and A Field in England and High-Rise and Free Fire -- a string of always interesting if not always one hundred percent successful flicks from the past decade. His best films are by far his first two, which are pretty much perfect by my eyes -- everything since has had its insanely high highs with some pockets of a questionable nature crammed in. But he's good enough I will rush to see whatever he makes the second I can and I don't for-see that impulse changing any time soon. 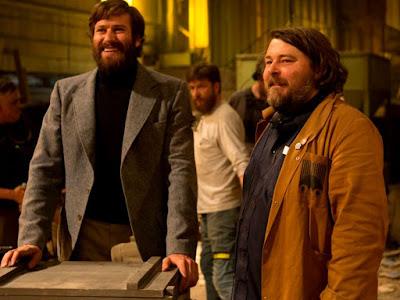 Wheatley aside he had already cast his Free Fire star Armie Hammer in the Laurence Olivier role awhile back, so I was already gonna see this thing anyway. Lily James as the nameless protagonist is fine -- I've always found her a bit bland but bland works for this role, which isn't even given a name. She should always feel a little lacking.

Hey that was my suggestion!!!! Wow this might be a first for me. I often think "They should cast this person or that person." when I hear about upcoming projects and it never happens and I'm usually disappointed in who is cast.

But I know I won't be so this time because KST will be perfection in the role!! Now I'll be on pins and needles until it comes out. :-)

Hi. You should try watching the great Mariangela Melato in that role in a made for tv italian version of Rebecca. She's just plain amazing.

Joel -- Yes it was you! Very fine work indeed. The second you said it it all clicked right into place.