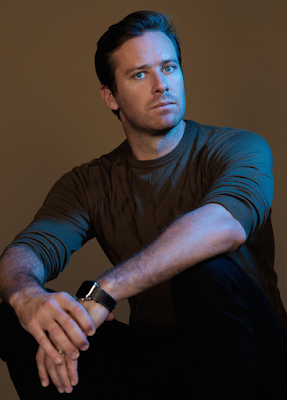 My attitude towards remakes has shifted somewhat over the past couple of years - maybe we (unfortunately) can't always expect complete reimaginings like Luca Guadagnino did with his version of Suspiria, but even if the remake just treads the same ground and does so with less impact than the original... the original still exists! A remake doesn't obliterate the existence of the original. I can still see John Carpenter's The Fog and appreciate John Carpenter's The Fog - I can do that now in 4K even - and I don't have to waste a second remembering that time Tom Welling didn't take his shirt off.

Anyway that's all pretext to last night's news that Ben Wheatley, the British director I consider somewhat promising to put it mildly, is set to make a brand new film version of Daphne du Maurier's book Rebecca, which you may recall once won an Oscar for Best Picture when Alfred Hitchcock made a movie out of it in 1940 with Sir Laurence Olivier and Joan Fontaine. Replacing those two in Wheatley's version? Armie Hammer and Lily James.

That is good casting, you guys! It took awhile for me to warm up to Lily James but that fully happened last year when she forced Jai Courtney to strip in The Exception, when she ogled Michiel Huisman in that Potato Peel movie whose title I am not writing out again, and, uh, when she larked about with Gary Oldman in a fat-suit. Yes even that last one - I liked The Darkest Hour, even if I do hold a grudge against it in retrospect for stealing Timothee Chalamet's most deserved Oscar statue...

Speaking of (Timmy, not the statue) heyyy Armie. Armie's worked with Wheatley before in the 2016 70s-set shoot-em-up Free Fire (my review here), which Armie was maybe the best part of, although my recollection's a little dim right now and might be colored by how much my appreciation for Armie has, uh, exceeded expectations in the wake of Call Me By Your Name. But you tell me an actor working today who is better suited to play Rebecca's "Maxim De Winter," a callous but profoundly charming rich boy who drags ladies in over their heads. I'll wait. I thought so.

So is a remake of Rebecca a good idea? I'm surprisingly not at all against it. We'll always have Hitch's movie - this won't erase that from existence. And Wheatley's going to make a masterpiece one of these days - he's come close already. And the story could benefit from a modern re-telling - its view on women is awfully of its time, and perhaps they can go full The Handmaiden and give us the full-blown lesbian jazz that Hitch could only wink wink nudge nudge us towards. Which brings me to the most important casting of all...

Echoing all of Twitter and saying Lesley Manville.
I like the idea of a remake since the 1940 film changes some important details from the book. The cast is great so far. On the other hand, I just realized I'm more excited to just rewatch the original.

Lesley Manvile is wonderful. I’m actually looking forward to this too Armie’s a great choice and Lily James is growing on me (Potato Peel book was so much better than the film but I’d have said it wouldn’t make a good film and, indeed, it didn’t).

Was about to come on and Say Olivia Coleman, but then I saw the Kristin Scott Thomas suggestion, and yes!

There was a marvelous version done on PBS about 10 years ago or so. Diana Rigg plays Mrs. Danvers and she was great in the role!

Hip hip hooray for Armie! I keep hoping that one day this talented actor and fine, fine man will intersect with a role that will bring him the praise he deserves instead of the general condescension he usually gets...and somebody on his "team" needs to monitor his social media activity, wink wink nudge nudge.

Leslie and Kristin are great choices but for a remake made 20 years ago.
I think Juliette Lewis could nail this, she could be really intimidating.
Other options: Chloe Sevigny, Charlotte Gainsbourg, Samantha Morton

I rather like the idea of Kristin Scott Thomas as Mrs. Danvers. Otherwise: