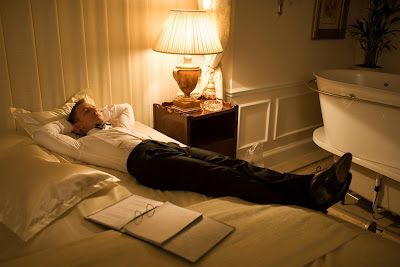 Sending "get better" vibes to Daniel Craig, who appears to have injured his ankle doing a running scene on the new James Bond film -- if he needs somebody to rub his hurt places I volunteer to do it until my own bones turn to dust. This has got me worried that Cary Fukunaga's turn with the testoterone-soaked super-spy is nursing a righteous curse, though -- there have been rumors plaguing the flick for a couple of weeks that they're shooting with next-to-no script, winging it day to day, and this can't help.

Or... maybe it can? Maybe Danny-boy's buying the production some time with a health shutdown to get the film on a firmer standing? Ooh! He's smart! No wonder he's the rich, chiseled, married-to-Rachel-Weisz super spy, and I'm the basic schlub on the internet eating Cool Ranch Doritos with one hand as he types this nonsense with the other. ETA here are two shots of DC on the set last week via Esquire that we'd missed: 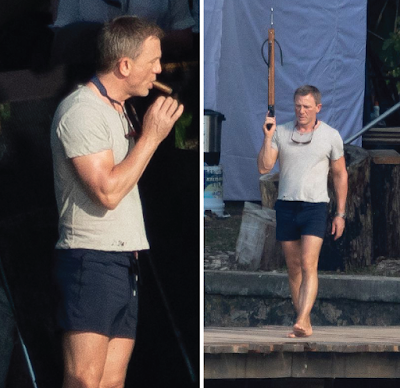 ...and if you need a break from rubbing him, I will gladly take your place. I'm just that kind of person.