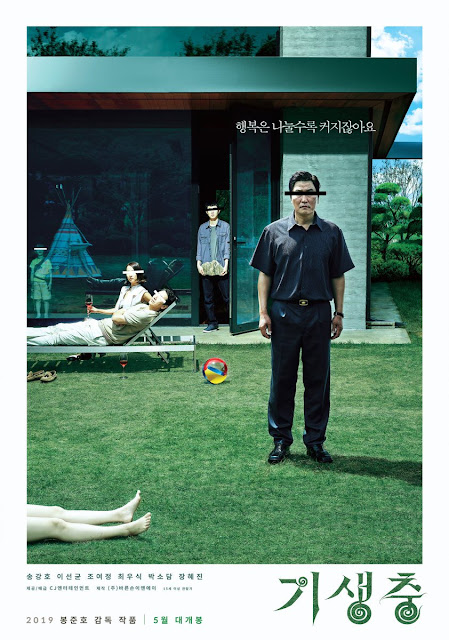 I always defer doing a list of "Movies I'm most looking forward to this year" until it's too late and the year's half over, because I know there'll be one I'll forget about and hate myself for forgetting and I hate myself enough already, thank you very much -- like, I know if I'd done one of those posts for 2019 by now I'd probably have forgotten that Snowpiercer director Bong Joon-ho has a new flick coming out, and a list without that would've been a useless list. 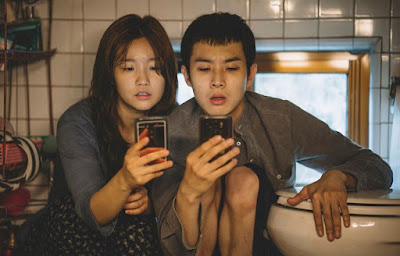 The film, which we have mentioned previously at least, is called Parasite and it hits South Korea in mid-June (and will probably play Cannes too) so they've started releasing promotional materials -- the very pretty and intriguing poster you can see up top, and down below we've got the first trailer (I don't believe there are any English subtitles though). The film, which stars Bong's previous collaborators Song Kang-ho and Choi Woo-sik among others, is about the class struggle turning violent between a rich family and a poor boy.
.