Jake in the Sky with Bags of Money 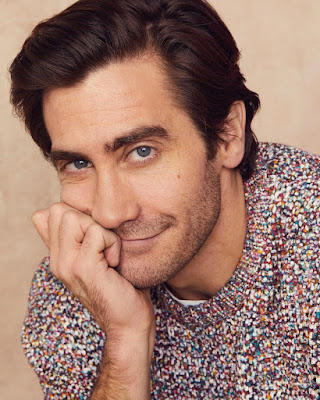 We've got an update on a movie Jake's been trying to get made for quite awhile (aka also a perfectly acceptable excuse to post that adorable picture of Jake back at Sundance, via) -- in late 2016 I told you of The Helicopter Heist, a film that would action up the true-life story of a bunch of elite international criminals who robbed a Swedish security firm using, you guessed it, a helicopter. It's a Helicopter Heist, whoosh vroom bang! 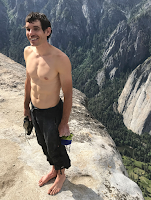 Well the book telling the story comes out this May so we're finally getting another update on the movie version -- Eastern Promises writer Steven Knight is writing the film while the duo behind last year's much beloved documentary Free Solo, Elizabeth Chai Vasarhelyi & Jimmy Chin, are looking to direct it for Netflix. I'm picturing lots of vertiginous helicopter drama already. Perhaps Jake shirtless dangling from a rope? You write in a scene like that, Steven Knight, and you can add ten million to the box office!
.
Who? Jason Adams When? 4:13 PM

i have a carpet thta looks just like that sweater. I'm going to go roll around on it now...