Fly Away With Jake 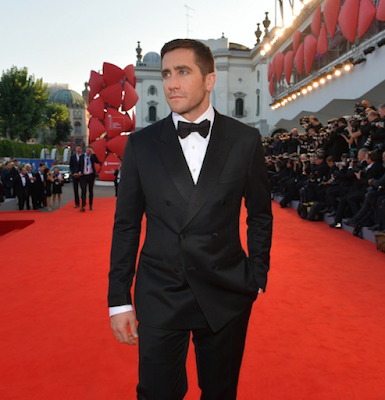 Jake's lining up another project - he's trying to get a movie called The Helicopter Heist off the ground, which will be based upon a book that hasn't come out yet about a real-world crime that happened in 2009. It involved, you guessed it, both a helicopter and a heist. Specifically a group of Serbian red berets landed on the roof of a Swedish security company and robbed it of an unknown sum. Everybody was eventually caught (spoiler alert). Anyway there's nobody attached except for Jake yet - the news is that Netflix is probably going to snap up the rights. And now comes the long, long wait to see Jake fill out a Serbian red beret uniform. I do hope there are lots of training montages.
.
Who? Jason Adams When? 12:24 PM