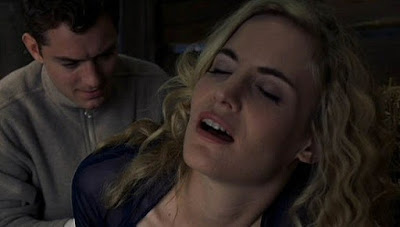 TeTed: Free will is obviously not a big factor
in this little world of ours.
Allegra: It's like real life.
There's just enough to make it interesting.

I am old enough to remember and I remember David Cronenberg's little video-game movie feeling a little dated when it came out twenty years ago today -- the 90s had already been stuffed with trippy reality-melding William Gibson slash Philip K Dick flicks a la Johnny Mnemonic and Kathryn Bigelow's Strange Days. Hell Cronenberg had already told this same story and better with Videodrome -- in 1999 eXistenZ just felt like he wanted to update that earlier film to be more timely for gamers. 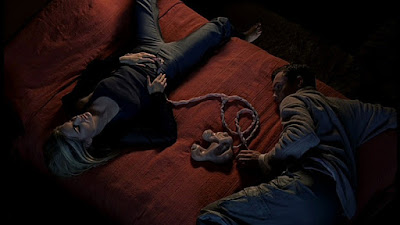 And yet here we are 20 years later and I still think about it and quote it all the time. I guess time has a way of smudging out the stratums and distinctions of itself -- eXistenZ kind of feels like a summation, a distillation, now. It melts the big tube down to its essence -- a sexy level-up mind-fuck with a little crimped hair here and a little machine gun sodomy there. 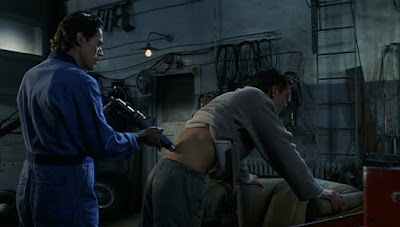 Just the exact right and necessary ingredients,
no more no less. All hail the two-headed lizard gods,
and death to the demoness Allegra Gellar.
.
Who? Jason Adams When? 10:38 AM

Every time I think of it I want to suck my finger and put it in Jude Law.