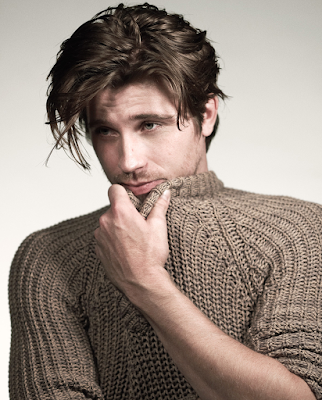 I guess I should've held off on today's earlier post about Garrett Hedlund bottoming for Charlie Hunnam a lil' bit since there was more Hedlund-news right on the horizon. Like for one he is apparently dating Emma Roberts right now? Ha, okay. But for another more meaty bit Deadline is reporting that he's going to co-star alongside Tim Robbins and Eighth Grade's Elsie Fisher and the inestimable Lizzy Caplan (!!!) in the second season of the Stephen King Universe series Castle Rock! He and Robbins will be playing father and son, Pop and Ace, of the infamous Merrill crime family who show up across several King books, while Lizzy will be playing, drumroll please, Annie freaking Wilkes!

That is pretty exciting stuff, y'all. Even though I will miss Sissy Spacek and Melanie Lynskey and André Holland and Bill Skarsgard's Butt from year one, this is helping me out. I haven't read "The Body" in ages -- Ace Merrill, Garrett's character, is one of the main bullies in it (played by Kiefer Sutherland in Stand By Me) and I can't recall if he's as gay as bullies in Stephen King's books usually are; anybody recall? I might be mixing him up with the bad guys from It some. But I sure kinda hope he's playing one of King's queer creeps...