It's the 10th anniversary of the last Friday the 13th film, which is hopefully not "The Last Friday the 13th Film" but who knows, since the 2009 one sucked so hard it might have killed the unkillable Jason Voorhees for good. Every few months we get whispers that they're going to make another one but there's been so many false starts and lawsuits and whatnot I've stopped paying attention. But since I've always had a mushy warm spot for the franchise that gave my name its serial-killer-tinge I figured we should mark the occasion all the same, and what better way than in the grand tradition of our appreciation of this series' under-appreciated eye for hot fellas... 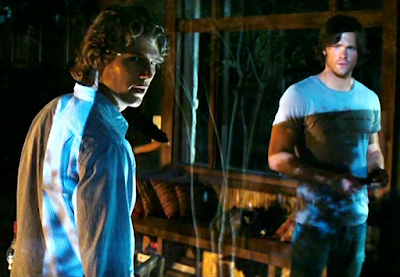 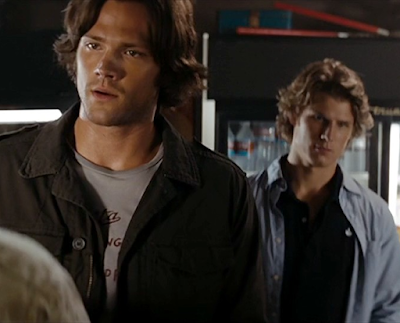 If you feel the need to research your decision further, like any good and respectable voter does, you can see more of Mr. Padalecki at this link, and more of Mr. Van Winkle right here. Anyway I hope we do get to see Jason rise from the grave once again, and I hope they give the franchise to somebody who understands what the hell the franchise is about this time. That'd be swell.

Padalecki is so tall, muscular and gorgeous I can't believe he doesn't have the equivalent of a Hemsworth career. I'm sure financially he's doing juuuuuust fine since he's on his 151st season of Supernatural but damn, Hollywood is wasting him.

for a few seconds there those two pics i thought jonathan groff just got a little hotter, van winkle has a groff sprinkle.