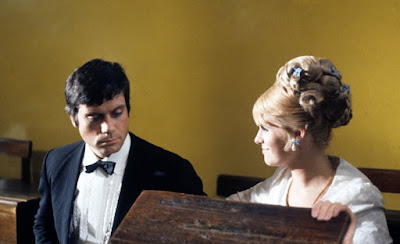 Georgina: Why didn't you find a desert island somewhere?
Andrew: There aren't any. They're all radioactive.

Our boy Olly Reed was born on this day in the year 1938 and so here we are, wishing him a happy even though he's, you know, dust and all. I had never even heard of this movie until five minutes ago, much less seen it -- its director Michael Winner, who went on to make the Death Wish trilogy (not to mention the horror film The Sentinel) later in life, worked with Oliver six times, so I think it's safe to assume he liked to drink. Also in this film: Orson Welles! Here's a shot of them all together: 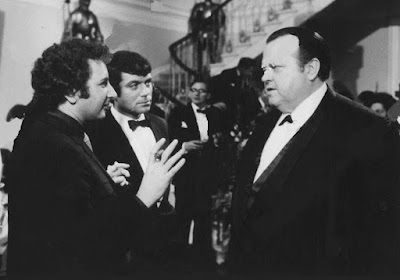 They must have had quite the set parties. Anyway have any of you seen this movie? I found these two bits of info from the film's Wiki somewhat interesting:

The film has been wrongly named as the first mainstream film to propose the use in the dialogue of fuck. In fact, the BBFC certified the film after demanding the removal, or at least obscuring, of the word fucking in June 1967, three months later than Ulysses, which suffered heavier cuts. The error seems to have arisen because of a longstanding lack of easily obtainable film release date information." 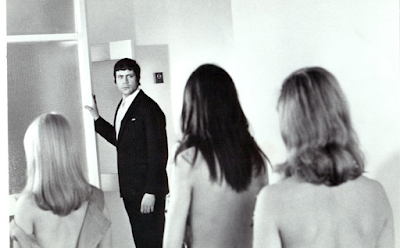