I loved Brian Crano's film Permission before they went and gave me my first critic's quote in their movie trailer -- I mean that's how I got the quote in the trailer in the first place, duh. I reviewed it at Tribeca two entire years back now, and now having watched it a couple more times since I maintain it's one of the best rom-coms to come out this decade. All of the six main actors -- Rebecca Hall and Dan Stevens, Morgan Spector and David Joseph Craig, François Arnaud and especially Gina Gershon (who I just gave a spot in my Favorite Performances of 2018), are doing terrific, funny, and emotionally complicated work. The film itself just missed out on my Top 30, but as I said then 2018 was a helluva year. And to top it all off Crano's smart enough to know that if letting Rebecca Hall act in front of us is a gift, letting Rebecca Hall act in front of us while François Arnaud gets naked right behind her is like a really, really big gift. Hit the jump for a couple of them gif(t)s... 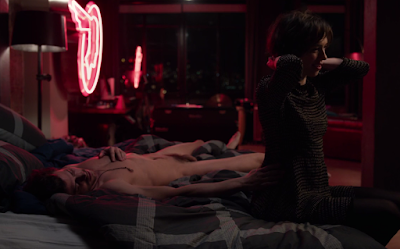 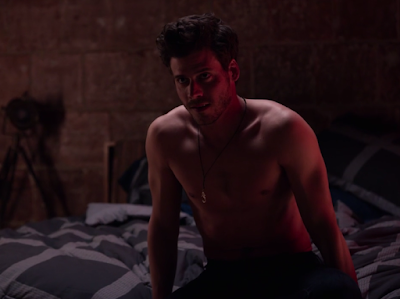