Only You Can Prevent Reincarnation 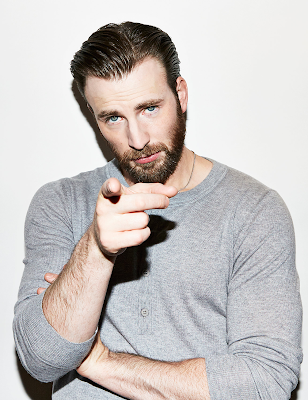 While I love Chris Evans as Captain America (he's the greatest of all the Marvel superheroes, obviously) I'm always happy when he signs on to something that isn't one of those films, aren't you? And not just because the Marvel movies don't get him naked like his other projects tend to. So what I'm saying is I welcome today's news with open arms (hey Chris I also welcome you with open arms, if you're listening) -- he's going to star in a movie called Infinite for Antoine Fuqua (aka the dude who made the Jake Gyllenhaal boxing movie, as he's known round these parts). And the movie sounds weird!

"An adaptation of the D. Eric Maikranz novel “The Reincarnationist Papers,” the story revolves around a schizophrenic man who stumbles upon a centuries-old secret society, the Cognomina, which consists of people who possess total recall of their past lives and whose members have been agents of change throughout history. In order to stop an evil mastermind who wants to destroy the planet, the group must rely on this man who learns his vivid dreams are actually memories from at least two past lives."


Anything that has a character described as an "evil mastermind" gets an automatic green-light, right? Anyway anyone read the book? This could be fun, or it could be awful, or it could be goofy and terrible and fun -- it could be Twelve Monkeys or it could be Assassin's Creed or it could be Serenity. I don't know. Who knows? Just set the whole thing on a nudist colony and I'll buy my ticket this very afternoon.
.
Who? Jason Adams When? 3:06 PM