Death Comes For Us All, Eventually 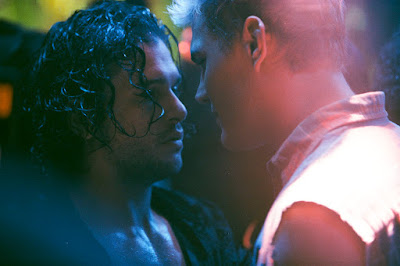 Shiver me effing timbers there's been a picture of a semi-shirtless Kit Harington about to kiss a dude (a dude I think might be Chris Zylka, at that) in Xavier Dolan's upcoming movie The Death and Life of John F. Donovan online for a couple of weeks and I'm just now seeing it? Where have I even been? And here's more semi-shirtless Kit: 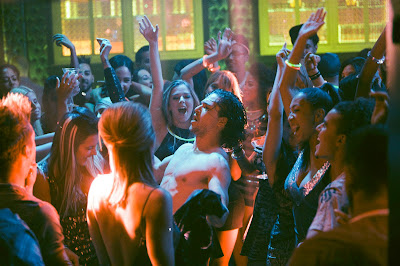 Well that's actually shirtless shirtless.
I am ashamed, ashamed, of this oversight. But wait
it gets worse. There's a trailer too!

And it seems promising!

And I guess I should go hang around more red rooms!
Here's the trailer:
.


.
The Death and Life of John F. Donovan played at Toronto in the fall where it got some fairly terrible reviews, as I recall, which probably explains why it still doesn't have a US release planned (the trailer is an international one since it is actually hitting Italy and France next month), but perhaps we'll see it sometime this summer. And hey perhaps Xavier has re-edited it?

Perhaps, perhaps. We will see.
At some point. Probably?

i'm a huge fan of xavier dolan, so i'm looking forward to seeing this movie, hopefully on a big screen.

I keep waiting for him to make the movie where all his obvious talents come together -- for me the closest he got was TOM AT THE FARM, which is also his most atypical film though; probably the best movie he's made that's like everything else he's done is MOMMY but I kind of have no desire to ever watch that movie again. I do like him though, even when he's having immature fits about criticism, and I want him to succeed.