It's a Little Bit Funny, This Feeling Inside

Earlier this week I shared with you the new poster and a glimpse of Taron Egerton proving his singing voice is up to par for the Elton John bio-pic Rocketman -- well now they've delivered the first full trailer for the movie and it really looks to me that his everything might be? Let's see that "everything" in motion...

That really is a gorgeous shot though isn't it? Shirtless Taron besides, I mean. The lighting, the framing, it's got a Caravaggio feel almost. I'm hoping director Dexter Fletcher stepped up his game from Bohemian Rhapsody -- we don't know how much of that travesty to blame on Bryan Singer, but I'm hoping for about a ten thousand percent upgrade for this gay musician movie... or else. We riot!

The trailer full of longing glances and furtive touching doesn't make Rocketman seem any gayer than Bohemian was, but we've got Taron on the record saying he and Richard Madden have a sex scene, so it's already ahead of Rhapsody on that count. Fingers toes and genitals crossed, y'all. Here's the trailer:
.

If nothing else, those costumes are TO DIE FOR. 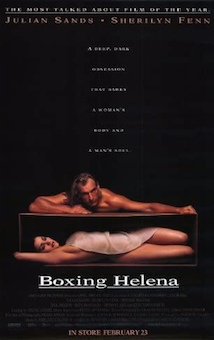