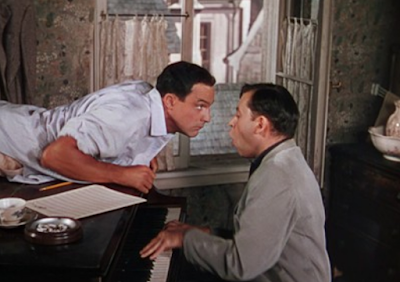 Jerry: I never touch a guy unless
I've known him at least fifteen minutes. 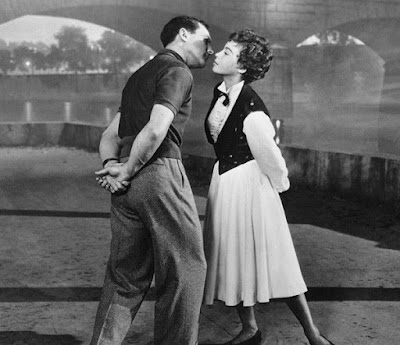 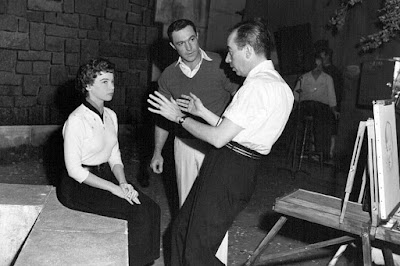 Over the years it's become Some Came Running but there are so many others I enjoy (though not Gigi and honestly not An American in Paris either....despite the pants)

A top 10:
Some Came Running
The Reluctant Debutante
Home from the Hill
Meet Me in St. Louis
The Courtship of Eddie's Father
The Clock
Bells Are Ringing
The Bad and the Beautiful
The Pirate
Designing Woman

verbocity said...
This comment has been removed by the author.
1:02 PM

Have you all noticed how Gene Kelly always has better chemistry with the second male lead (his best friend) than he does with the female lead (love interest) in his movies?

He seems coldly fixated on Ms Reynolds or Ms. Caron rather than in love with them (and is apathetic about Judy except as a dancer) while he is warm and engaged with Messrs Levant, Silvers and O'Connor.

I believe he did not think highly of women. He loved them, but he did not like or respect them.

The Pirate, I can’t quit it. And if you want to talk obscene, the tights that Gene wears!!

Meet me in St. Louis!