I Will Wait For Tahar 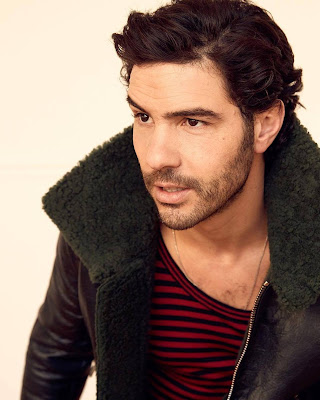 First and foremost let us all take a moment to sit back and appreciate that beautiful photograph of Tahar Rahim. I mean... really. Good work, sir. Okay? We good? Good. Okay, moving on -- Tahar is apparently in talks to star in Whiplash and La La Land and First Man director Damien Chazelle's upcoming Netflix series called The Eddy (thx Mac). Here's how Variety describes it:

"A Paris-set musical series written by Jack Thorne (“National Treasure”), “The Eddy” will revolve around a club, its owner, the house band, and the chaotic city that surrounds them. The series is expected to start shooting on location in Paris later this year."


I am excited to know that Tahar can apparently sing! That's news one can use! Anyway if you'd asked me about the prospect of a musical series from Chazelle a year or so ago in the wake of the white hot horror that was La La Land you'd have seen a hole the shape of me in the nearest wall, but it turned out that I really dug First Man a lot (even though I never reviewed it) so I'll keep my mind open. Or opener than I might have, anyway. Tahar helps. Tahar singing helps. The thought of Tahar singing in French like he's Nino Castelnuovo in The Umbrellas of Cherbourg helps a helluva whole lot. Oh, Tahar. Oh, Nino! Oh my...

Not the world's biggest fan here! But I thought FIRST MAN was subdued in ways he hasn't been before and I'm hoping it references a maturation....