We All Globe A Little Mad Sometimes 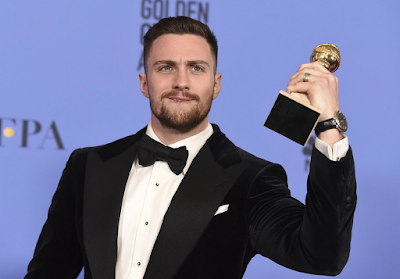 Since I usually only pay enough attention to Awards Season to scream about its indignities I had not a clue that the Golden Globes were set to air this Sunday until about 48 hours ago - it's a good thing I'm a loser with no friends then, so I could pencil it right in in between "taking down the holiday tree" and "touching myself." That said now that I am voting for prizes (and getting wooed in a minuscule way with screeners and screenings in order to do so) I do find myself paying a bit more mind to these things - I'm way ahead of where I usually am at this point in the new year, seeing stuff wise, and so I can lay claim to... well if not exactly a worthwhile opinion (not more than anybody else's that is) an educated one. So looking through the Globes nominations (you can see them all right here) I give you...

5 Wins I'm Rooting For at the Globes This Weekend 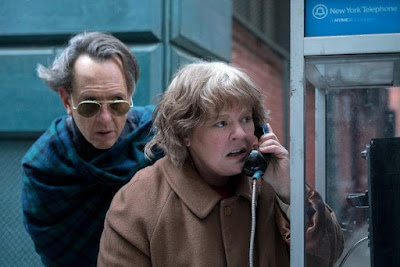 -- Best Actress, Drama --
Melissa McCarthy in Can You Ever Forgive Me?

I know that Lady Gaga is going to win this (and then lose to Glenn Close or Olivia Colman at the Oscars, thank goodness) but man alive does she not deserve to, especially with a marvelously funny and firing-on-all-cylinders McCarthy right there in a film I've already watched five times and might very well watch once more before the Globes ever air, hell let's put it in right this minute, it's always a good time for some Lee Israel Cat Antics! (Read my review here.) 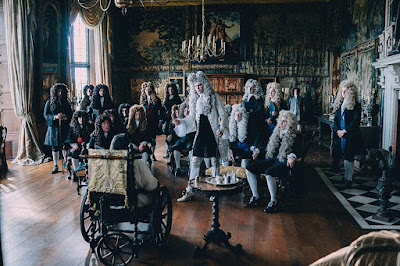 My vote would've just barely gone to Nicole Holofcener and Jeff Whitty for CYEFM over this but that one insanely did not even get nominated, so The Favourite it is. And it's has no runner up feeling to the vote either, since I've been quoting this movie just as much as the other this season. "I like it when she puts her tongue inside me," being a particular fave. (Read my review here.)

Believe me I never thought I'd be calling something starring
Darren Criss a masterpiece, and yet here we are. 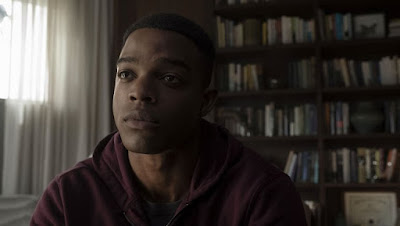 -- Best Performance by an Actor in a Television Series, Drama --
Stephan James, Homecoming


Real happy that Sam Esmail took some time off the increasingly burdensome Mr. Robot to make this humdinger of a series, which I haven't been able to get out of my brain for weeks - I went into it skeptical but it totally had me in its palm by the end, and even with the star-wattage of Julia Roberts right there it's usually Stephan James' face I keep coming back to. (Helps that it's a hell of a face.)

-- Best Performance by an Actor in a Supporting Role in a
Series, Limited Series, or Motion Picture Made for TV --
Ben Whishaw, A Very English Scandal


Since none of these idiots are giving him his deserved statues for Mary Poppins Returns, I'll take this as trade. And speaking of trade, Ben sure made for some good trade in this miniseries. In all seriousness Ben is never not great and he's on point here - complicated and heartbreaking and yet funny and alive stuff. Per usual. We really need to stop taking him for (Hugh) granted. 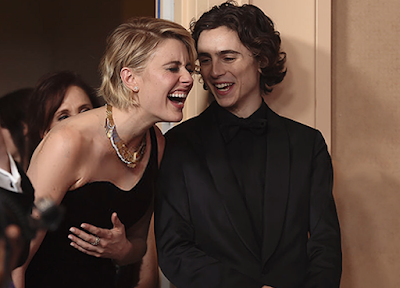 Let's just overlook that horrible screenplay win - I have no idea why that movie keeps winning that award.