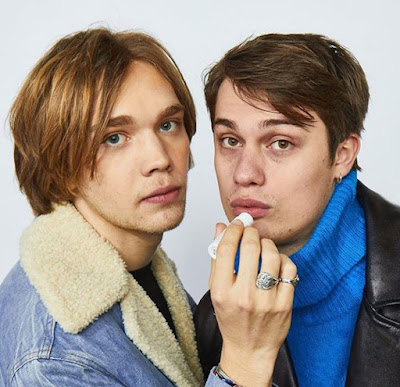 ... keeping my lips moisturized with
Charlie Plummer and Nicholas Galitzine. 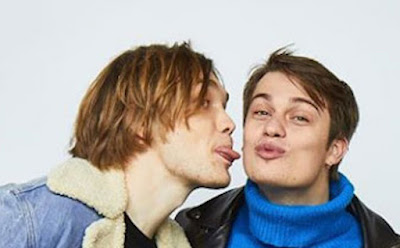 These shots (via their respective Instagrams) are of Charlie & Nicholas in Sundance with their film called Share, which is about a teen girl (played by Rhianne Barreto) who's confronted by "a disturbing video from a night she doesn't remember." The film is already set to debut on HBO later this year. We already did a big post on Galitzine back in 2017 -- see that here. Him and Charlie make cute together! 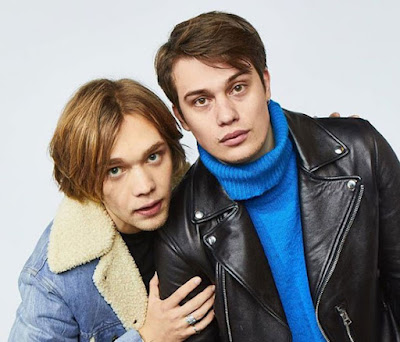