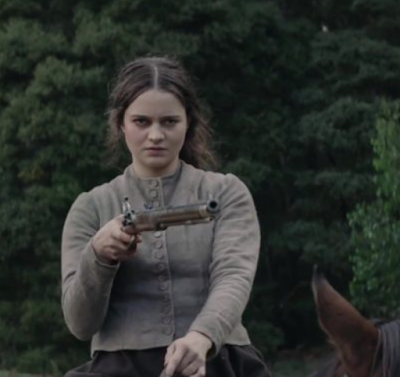 I've been playing a game of "Avert your eyes, you desperate fool!" all week with Nightingale news -- the new film from The Babadook director Jennifer Kent played at Sundance and got some attention, good attention; you can see our previous coverage of the film right here -- and so far, so good. Perhaps they've played it lightly, the spoiler-squads, since the film was already bought before it played there; we told you that IFC had picked it up in early January. While we wait for a proper release date for that though, Kent is looking ahead and holy crikies, she's apparently going to work with Guillermo Del Toro, says she in a chat with BD:

“Look, we’ve got something on the boil. I’m not being secretive but I’m not sure I can talk about it. It’s something scary and I really admire him and his work. I think he’s a true artist so I’m excited to know more. We’re in [the] early stages of that.”