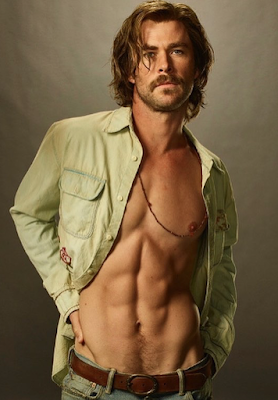 Don't ask me the original source of these (they were on some rando Tumblr) but here are two unedited promotional shots of Chris Hemsworth in character for Bad Times at the El Royale this past year worth taking note of, I'd say. This reminds me that I never reviewed that movie, which is a shame -- they really mucked up its release, at least as far as I personally was concerned, since they dropped it right in the middle of the New York Film Festival. I managed to see it late but even then I was too busy with Important Movies to devote too much thought or energy to this strange little genre riff that nobody else was talking about.

But funny enough I find myself thinking back on BTATER (how did I just realize its anagram is BTATER?) a lot more than I do say Collette or Mary Queen of Scots, and not just because I think about Chris Hemsworth's pecs every single day I am alive on this earth. There are other things! Cynthia Erivo's show-stopping numbers! Dakota Johnson's swagger! Adokable little Lewis Pullman! I think El Royale might morph into a lifer with a couple more views. Have y'all seen it now that it's out on blu-ray and such? Thoughts? 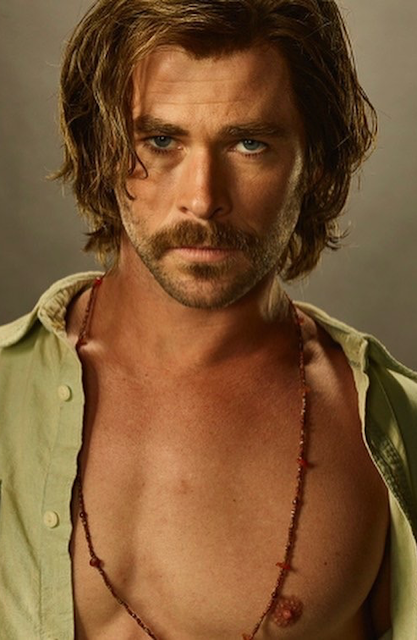 The individual elements were great (as you already mentioned like Erivo's numbers and Hemsworth's assets among others), but I thought the movie was perhaps 30 minutes too long and I felt the editing should've been tighter/the urgency needed to be heightened.

It was DEFINITELY too long

Most of the first hour could have been cut, i think the long run time and too boring first 20-30 minutes are gonna make it difficult for this movie to find a second life on streaming services.

I liked it, but thought it could have been edited better at the beginning.

Third-rate Tarantino rip-off that needed a third shaved off. Characters / situations weren’t nearly as exciting as they were glammed up to be.