Pitt of the Day Two seemingly unconnected things we talked about yesterday in two separate posts were the Vanity Fair "Hollywood Issue" (see here) and Quentin Tarantino's next film, Once Upon a Time in Hollywood (see here). Well if I'd been paying closer attention to the former (aka if I hadn't been lightening up the Timmy pictures to see the crotch of his tuxedo better) I might have noticed that QT's movie was mentioned on VF's cover -- specifically that the issue would have some exclusive photos of the cast et cetera. Well there's one of them! According to IMDb Brad Pitt plays "Cliff Booth" in the movie, a name that makes me think of "Frank Booth" from Blue Velvet to be honest but maybe I just have Blue Velvet on my brain because the movie I just reviewed this morning (called Piercing) was homaging to Blue Velvet awfully hard. It's a rich fuckin' tapestry, my friends. Anyway there are supposedly more pictures from the Tarantino at this link but they're behind a pay-wall so I guess we'll never know. (Stay tuned for an update when somebody else posts the pictures.) ETA and sure enough they begin to roll in. Hit the jump and I'll continue updating the post as they continue to do... 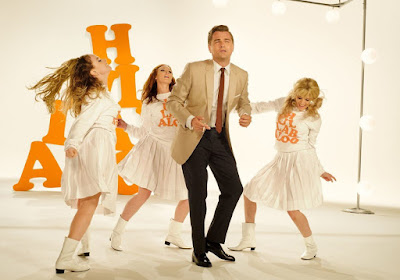 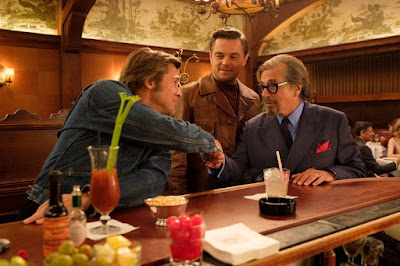 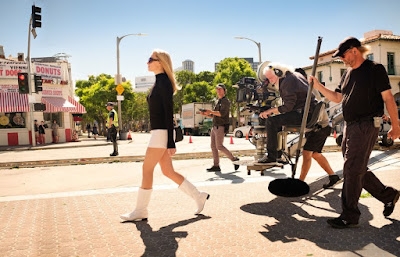 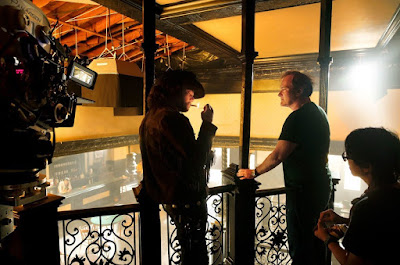 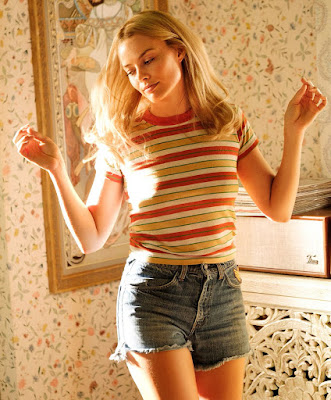