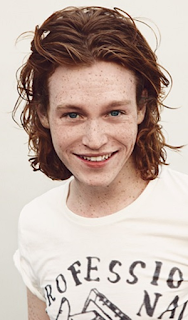 --- The McDonagh Family Business - I thought Calvary, the 2014 "Brendan Gleeson's a crazy priest!" flick was better than decent, and War on Everyone at least has a bunch of Alexander Skarsgard in his briefs, so sure, we'll look expectantly on the future films of writer-directer (and brother of Martin) John Michael McDonagh, especially if he keeps getting promising actors like this. His next movie is called The Forgiven and it's gathered up Caleb Landry Jones (seen last year in Martin's Three Billboards... sigh) and Rebecca Hall and Ralph Fucking Fiennes (also a graduate of Martin's filmography with In Bruges, duh) and Mark Strong and Saïd Taghmaoui, and it "deals with the reverberations of a random accident on the lives of an English couple, their friends and local Moroccans who all converge on a luxurious desert villa during a decadent weekend-long party."

--- Death To Zero - Well I guess I should slow down my roll through the four seasons of SyFy's anthology series Channel Zero, which I was just praising to the heavens a couple of times last week, since SyFy has just announced today that they've canceled the damn show. I guess they took a look at the moron who just climbed on-board too late and said "The hell with this, we're out." I murder everything with my love. Beware! 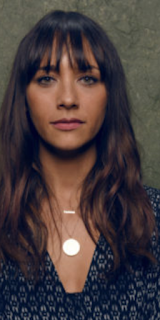 --- Rocksy Start - Two years after The Beguiled Sofia Coppola has finally set up her next movie (I'm still sad her version of The Little Mermaid isn't happening, tbh) and it's reuniting her with a glorious ol' pal - Bill Murray, perfect and bright shining light from her Lost In Translation, that is. It's called On the Rocks and as I said on twitter yesterday I'm even more excited about the film's other star, who's Rashida Jones, a tremendously under-utilized actress at this point. EW says it's "set in New York... and follows the story of a young mother reconnecting with her playboy father." It films in the spring. I should stalk the set!

--- And Speaking of Bill Murray, uh, there's going to be a Ghostbusters 3. I don't know that they're going to call it Ghostbusters 3 but Ivan Reitman's son Jason - a filmmaker of some renown as long as the movie he's making stars Charlize Theron anyway - is directing it, and it's set in the universe of the original two movies, therefore ditching the Lady Ghostbusters universe that semi-flopped a couple of years back. No word on anything else, like who is returning, but one assumes it's set in the original universe because they've got people returning, so we'll sit and wait for further announcements. (Can I get a Sigourney, please?) 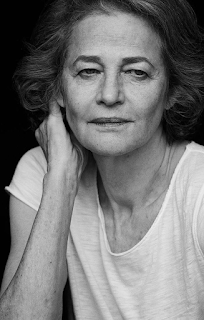 --- Meet Mother - I know I wasn't alone in hoping that Tilda Swinton would get cast in the role of Reverend Mother Mohiam in Denis Villenueve's Dune reboot (y'all have left comments saying as much) but if it absolutely cannot be Tilda I suppose we can manage with Charlotte Rampling. I suppose! Rampling just got cast yesterday, joining the recently announced Stellan Skarsgard and Dave Bautista and Rebecca Ferguson, all of them bowing in service of their leader, our leader, the whippet Chalamet.

--- Ladies In Space - Toni Collette has just lined up her next project and she's strapping on a space-suit alongside Anna Kendrick and shipping off to Mars for a movie called Stowaway, which is about "an unintended stowaway accidentally causes severe damage to the spaceship’s life support systems." It's being written and directed by Joe Penna, a Brazilian musician who I guess was a big smash on YouTube? I don't know. Just bring me more Toni Collette, please. (Speaking of I finally watched the first episode of Wanderlust last night and I'm already hooked.)
.
Who? Jason Adams When? 1:26 PM