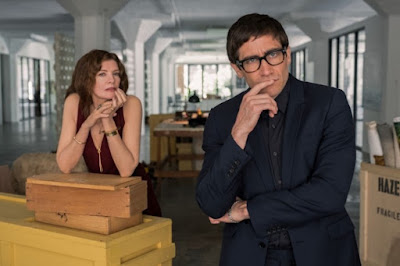 I am running out the door now to see the new Lars von Trier provocation but before I do I figured I had to quick toss up these two pictures that Sundance just dropped from their just-announced slate of 2018 premieres -- above is out first look at Jake Gyllenhaal (his hair-do!) and Rene Russo's re-team with Nightcrawler writer-director Dan Gilroy in the movie now titled Velvet Buzzsaw, which is skewering the art world and which I told you about previously right here. And below is our first official look at Zac Efron playing Ted Bundy in director Joe Berlinger's Extremely Wicked, Shockingly Evil and Vile, which I previously posted about right here. That's Lily Collins playing Bundy's long suffering (to put it mildly) girlfriend. I haven't the time to go through the whole Sundance slate but you can see them all right here. Wish I was going! 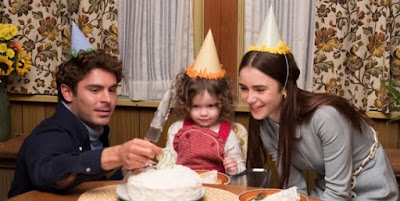 Hmmm, the art world is such an easy target for parody which has been done to death, but maybe Gilroy can find his own twist on it. Any excuse to get Russo back on the screen is a good one.