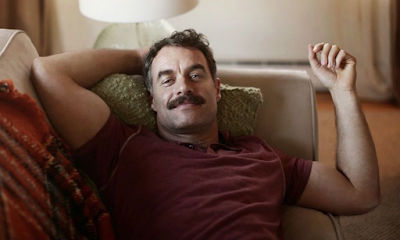 It's a good thing we already know that Looking star Murray Bartlett can rock a mustache like nobody's business because he's just been cast as one of the patron saints of sexy gay mustaches, Michael in Armistead Maupin's Tales of the City series. (Okay the "Michael" played by Marcus D’Amico in the second series of episodes didn't have a mustache but we choose to remember "Michael" as played by sex-god Paul Hopkins, if that's alright with you.) Netflix is, as you've no doubt heard, giving us a new round of Tales from a later book in Maupin's series. PS see more of Murray Bartlett here. We like him! Also cast in the series of note is Daniela Vega (who was tremendously good in Sebastián Lelio's tremendously good A Fantastic Woman last year) and Chicago Fire actor Charlie Barnett (see below), who will play Michael's boyfriend. I look forward to intimacies between these two... 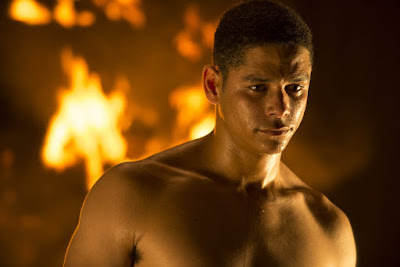 Marcus D’Amico originated Mouse on television in the *first* series, the ORIGINAL PBS Tales of the City miniseries. Hopkins played Mouse in the 2 cable follow-up series. And yes, some of us choose to remember D'Amico, just like you choose to remember Hopkins Jason...

Whoop I got it backwards? It's been a long long time since I sat down and re-watched the series.

Ohmygod this is PERFECT casting. Still bitter that Looking got cancelled though because that was one of my favourite shows of all time