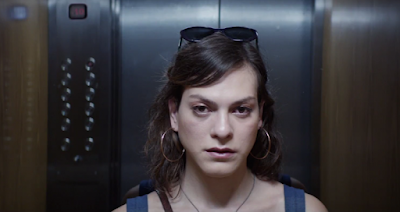 Sometimes I just stand looking at myself in the mirror, trying to figure out what other people see. Everyone else's eyes are seeing me from the side, you see - nobody's seeing me from where I stand. I tilt my head - I am tall so people must be seeing me from below, right? My features seem fine from one angle, grotesque from another - you stand staring at yourself for too long and you become an abstraction; an assemblage of disconnected pieces, multiple noses and chins, a Picasso cluster.

Marina (Daniela Vega) spends a lot of time in A Fantastic Woman looking at herself, and you get the same sense that it's not because she's vain, but because she can't see what other people see and she would very much like to. It doesn't add up to her. The film starts with an opening sequence that reminds me of Pixar's Up - a love story, from start to finish, in miniature. Marina is seen, loved, appreciated, and it is beautiful. And then it all falls apart and the film becomes about the aftermath - when that comfort, that certainty, is yanked away, how do we find ourselves again? 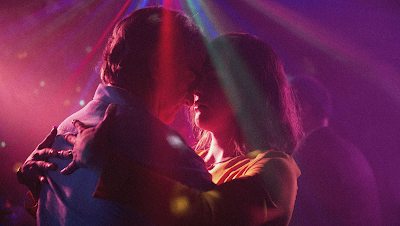 Everyone else refuses to see what we have already seen, experienced, and so we feel Marina's pent-up rage for her, even as she's too stunned and heartbroken to channel it outward herself. Director Sebastián Lelio once again (after his marvelous Gloria, which he's currently in the process of remaking with Julianne Moore!) shows a mastery of dropping overwhelmed and anxious women into pulsating public spaces and forcing us to navigate alongside them - we're never not right there with Marina, even when she's making a string of bad decisions.

Clearly a lot of that credit goes to Vega, whose face is a pleasure to scrutinize. In keeping with the shock Marina is in for most of the film Vega underplays everything, keeping herself mask-like in even the most brutal of circumstances, but it's in defiance, an act of war - she isn't going to give it to us, she's going to make us come up and ask for it. Politely. Or else. And then, oh then, the music she makes...

A Fantastic Woman is finally hitting theaters this weekend - it's up for Best Foreign Film at the Oscars next month too, and it would be a perfectly wonderful winner. See it. There's a delicate strain of surrealism worked through the film that graces us with some of the most transfixing moments I saw on-screen anywhere in 2017.
.
.
In related news that there is the trailer for Disobedience, which is Sebastián Lelio's next movie - it's out on April 27th - and stars Rachel Weisz and Rachel McAdams as forbidden lovers reunited after a death in her family brings Weisz back to their shared conservative Jewish community. I have heard very good things about the movie - Leilo really does seem to be a tremendous new talent! Oh and also that's not even mentioning how there's a generously bearded Alessandro Nivola sexing up the Tzitzit therein...

I might have crossed paths with Daniela Vega a number of times without even noticing. Damn! That explains why Lelio #gotOscared while I watched the whole thing on TV.