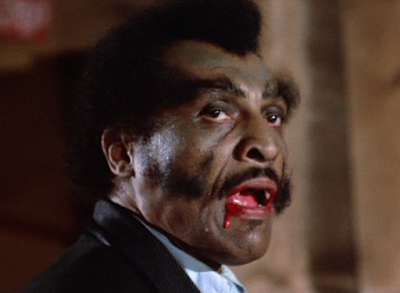 I've never seen Blacula or its sequel Scream Blacula Scream -- I suppose I should get on that! Especially since Blacula himself, aka the abundantly mustachioed actor William Marshall, would most importantly go on to play the "King of Cartoons" on Pee-wee's Playhouse a decade and a half later. 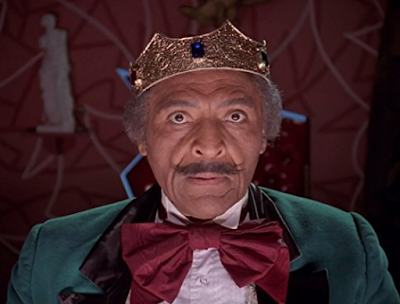 Anyway while I was reading up on Blacula for this post today (in lieu of me actually having gotten my shit together and watched the movie) I learned that Blacula starts life as an African Prince who goes to visit Count Dracula in the 18th Century to seek some help stopping the slave trade, only to get turned into a vampire for his troubles, which... is quite the origin story. But then there's also...
.
.
... what comes after that. Blacula is woken up by two centuries later by two mincing interior designers, performed as the bleakest of the 1970s flamboyant homosexual stereotypes -- they ship his antique coffin to Los Angeles only to get immediately murdered for their daringly outré taste in home decoration. The nerve.

See all our "Mustaches of Halloween" right here!
.
Who? Jason Adams When? 2:32 PM