World Wide Number One Favourite of All Time 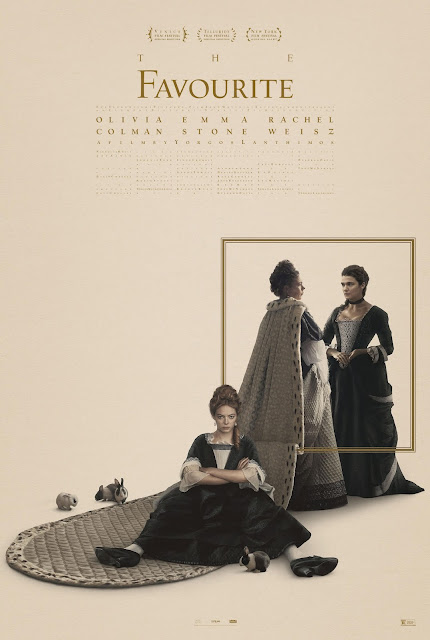 The new poster and the new trailer for Yorgos Lanthimos' The Favourite has arrived and lemme tell you what there is a moment in the trailer where I burst into laughter so hard that I had to pause the thing and allow the snickers to run their natural course.

(Yes, that part.) Listen, I've been on-board this thing since it was first announced three full years ago - it was supposed to star Kate Winslet! - so my allegiance is unassailable, but this trailer (and the love the movie got from critics in Venice, although I only read headlines and/or tweets - no full reviews until after I get my turn at NYFF in a few weeks) has really taken my enthusiasms next level.

I need to make myself a list of the things I'm most looking forward to before the end of the year, just to keep track for myself what there is to see really, but know this one's easy tope five, probably top three. Now watch the trailer if you like:
.
.

The Favourite in the Opening Night film at NYFF
October 28th and then opens for real at Thanksgiving.

This was not on my radar. Thank you for bringing it into my life. It looks a little more fun than The Lobster/Dogtooth.