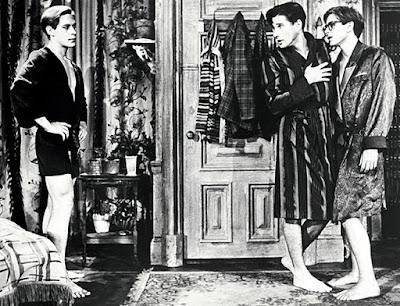 Some Blondie popped up on my iPod this morning (instantaneously making it a better morning, bless that Debbie Harry) and that mixed with the other's week's re-watch of American Gigolo and multiplied by yesterday's post ruminating on the theater antics of Paul Newman led me down the rabbit hole this morning of "Richard Gere starring in Bent on Broadway in 1979." He played the Clive Owen role (Mmm Clive Owen in Bent)... or rather the Ian McKellen role as it was originated in London. It wasn't Gere's first time on stage - he spent much of the 70s as a theater actor, understudying and replacing about fifty percent of the male characters in Grease for awhile - but his turn in Bent did smack right up against his turn in Gigolo, not to mention falling after his turns in Terrence Malick's Days of Heaven (swoon) and bouncing around in a jockstrap with Diane Keaton in Looking For Mr. Goodbar. 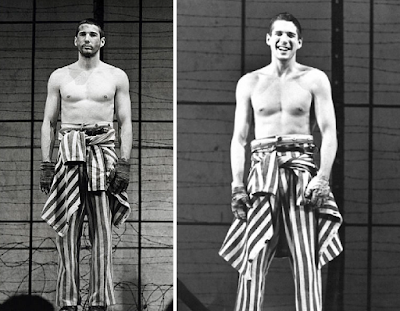 In a 2015 interview Gere said he thought nothing of doing the play, and its gay sex scenes, at the time - honestly before AIDS swept in and really and truly fucked up America's idea of gay sex I don't find it hard to believe; the trajectory of LGBT acceptance was set to chart an entirely different course circa the late 70s and early 80s. Anyway Gere got a fine review for Bent in the NY Times - "It may sound odd to speak of the actor's work here as subtle; but the state of mind that dictates his increasing ferocity is intricate, intelligible, as inevitable as it is appalling. Mr. Gere is a remarkable performer." 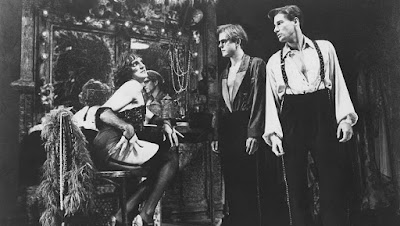 Apparently one of Viggo Mortensen’s first jobs on LA was in a production of Bent and I’ve always wished I could have seen that one too. Also your remarks about gayness before AIDS are thought provoking as always.
-RC

In the long run, the AIDS epidemic probably advanced gay rights, by mobilizing movement activism that continued long after AIDS had diminished as a life-or-death issue, and by bringing many, many people out of the closet. After the initial hysteria, straight people were forced to realize that gays weren't The Other, but were friends, co-workers, and family.

But, my god, what a terrible price we paid.