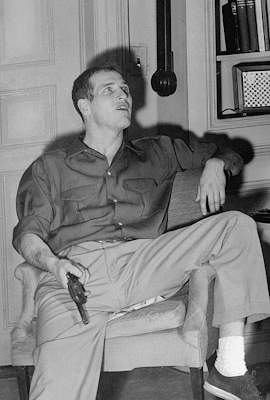 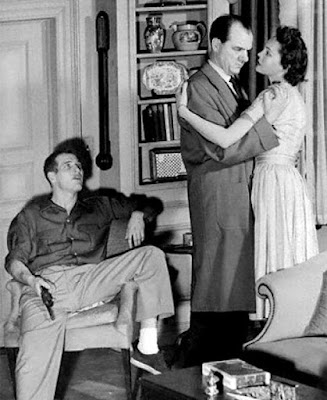 Did you know that Paul Newman originated the role of the lead escaped convict in The Desperate Hours on stage in 1955? Humphrey Bogart went on to play the role in the (very good) film from William Wyler later that same year; Newman only had one film under his belt by that point (the sword-n-sandal epic The Silver Chalice) so Wyler aged the role up and put a seasoned movie star in the part instead. Which wasn't at all bad since... 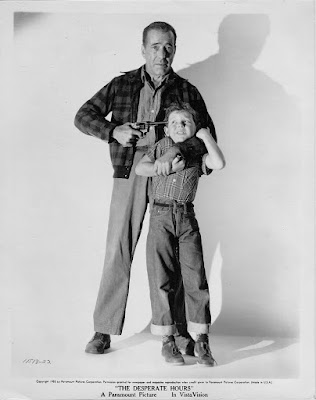 ... it gave us that quite astonishing promotional photo. My god. Anyway Bogart's very good in the film, it might be my favorite performance of his (give or take a Casablanca), so I can't complain... 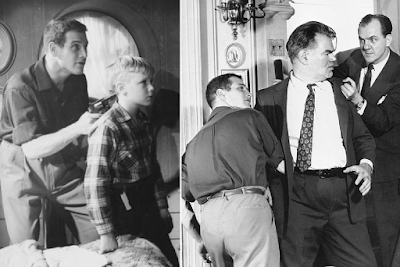 ... and I mean it would have been a very different film with Prime Paul Newman as the bad guy taking everybody hostage. Wouldn't have been so bad with Paul! Lock me up with some of that and throw away all of the keys, basically. 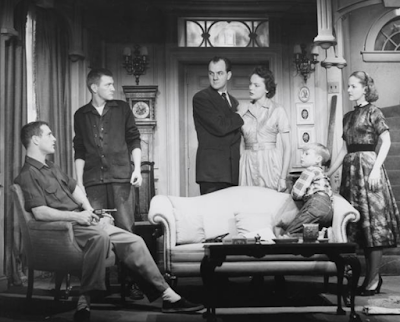 In related news I also discovered today that Paul Newman's very first role on the stage was in the original production of William Inge's play Picnic in 1953. He didn't originate the William Holden leading man role of Hal, though - that part was originally played by Ralph Meeker. (Someone whose sexiness I have only just come to appreciate recently.) 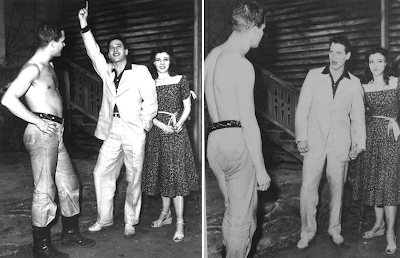 Newman played Meeker's college roommate at first - later on in the show's run Newman took over the role of Hal, but I can't find any pictures of that -- what a shame that is! That role is nothing but sex; just ask that lady glaring at Ralph here: 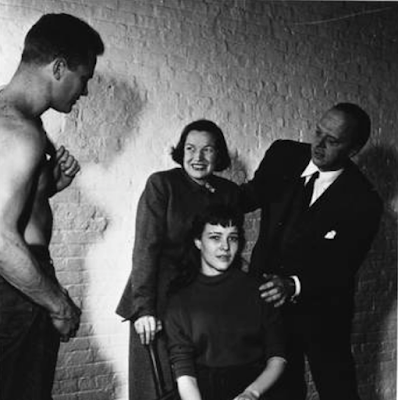 Holy hell Meeker is bulging out all over in those jeans!

Desperate Hours would have been a very different film with Newman in the lead with a whole other dynamic but since it turned out so well with Bogie no harm no foul.

Speaking of which Bogart is excellent in the film but I think my favorite of his many great performances is in the pitch black In a Lonely Place, give or take as you say Casablanca or The Maltese Falcon or....okay he was almost always great but those four performances are right at the top.

I've spoken with several folks who saw the original production of Picnic and the most lasting impression is the gorgeous young actor who played Alan. Rogers and Hammerstein considered him for Curly in the film of Oklahoma!.

How could the the trajectory of Newman's career have been altered if starred as a heavy?