Madeline's Madeline Strike Me a Match 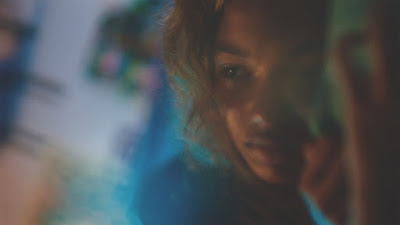 When I was home visiting with family last week my cousin blurted out a dark family secret involving her mother (my aunt) and my own mother, something I had never heard and was totally unaware of. My cousin's tone was nonchalant and I believe she meant no ill will in blurting this out - it seemed as if she really thought I knew. I haven't brought this revelation up to my mother yet, but ever since the thing sits there, like a cat, purring on my chest when I try to sleep - something's got to be done at some point.

The thing was still there purring away the day after my trip home when I went to my screening of Madeline's Madeline, a film about the wily and oft-threatening relationship between mother and child but even more than that a movie about who gets to tell whose story. I have injected a lot of myself and my personal experiences into my reviews over the past couple of years - I Tonya got me talking about the abuse and poverty I grew in, Call Me By Your Name had me reminiscing about my first sexual experiences, and so forth. But those were mine.

This isn't my story to tell - indeed my mother has never shared it, never told it herself, and I came about it by a backhanded fashion. So what do I do with it? How do I fold and shape these things, not my things, into my things? I don't have the answer, and neither does Madeline's Madeline, but Madeline's Madeline takes the general idea, woozy and forbidden, invasive, and turns it into some fucking fantastic and challenging art.

We first meet Madeline (Helena Howard, an absolute revelation, make her the next big thing please and thank you) as a blur, a fuzz of hair and a lilt of meow, as she play-acts out a cat. Slowly from the murk stories form and we're able to suss out that Madeline is taking an acting class, and reality shifts to whatever she makes of it - call her a sea turtle and suddenly she's a makeshift sea-turtle flopping in the surf, soggy sleeves sand-logged.

I'm usually wary of films about the "craft" of acting because it's often treated a little emotionally precious for my tastes - I get why actors have to do what they do but I prefer the process remain mysterious, like making hot dogs; I don't need to crawl into the meat grinder with all the lips and assholes, but thanks. Just feed me. But writer-director Josephine Decker shakes out all the violence and manipulation from the process that she can, making it an act of abuse by excuse of psycho-therapy; creators smashing creation into jagged little chunks, angular shards of diamonds that leave everybody bloody on their way down. And that, to me, seems the truth of it. 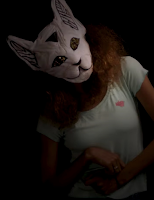 This film's a hot stew of truth - thick, grunting and a scald, coating your throat as it goes, a beautiful song choked off turned into a hash of elbows and lips, delicious and fortifying assholes. It is an angry song - a reclamation of our own obscure identities, our own. We are the foggy mish-mash we make of ourselves, ours to make, to sup. It is the sound of our skeletons growing into their shape, ship shape, and their shapes alone. It is a particular, mood.
.
Who? Jason Adams When? 3:42 PM