I Tonya, You Tonya, We All Tonya 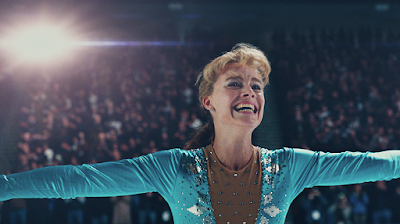 I can't look at Tonya Harding without seeing my stepmother. It's weird because they don't really look alike, but in 1994 when the whole Nancy & Tonya scandal was happening I was being forced by the court to spend every other weekend with my father and his new wife, and so the connection somehow forged itself. If Tonya and my stepmother don't really look that much alike physically then they're, you know, spiritually linked. Whatever garbage "spirit" you can attribute to this story, anyway.

My stepmother had fried blonde hair with stiff spackled curls - she collected dollar store carousel horses and loved Lita Ford and Lynyrd Skynyrd. And oh, she was mean. Mean as the days spent there in her presence in that single-wide trailer were endless individually-serrated hells. Her and my father got in fights so fierce the cops were often called; my father almost killed her once and vice versa.

I imagine now, looking back on it, that they had insane sex and that's what kept them coming back to their cramped quarters (the kind made for going insane on top of one another), at least until they were too exhausted for even that. Or maybe they were just dumb, or bored, or some mixture of all these things. (It was definitely a mixture of all these things.) But as a just-turned teenager I didn't know which way was up - I was so emotionally confused that at times I would actually cry for these two maniacs to make up, when really I should've just been crying to run and run and run.

The rest of the week I spent with my mother, the downtrodden and abandoned saint (that's how I saw her then anyway, although age broadens out and complicates such archetypes) and since my mother had darker hair I watched the "Tonya vs Nancy" spectacle of 1994 as an epic projection of my own trailer-trash home life -- I took my inevitable side. As did we all. 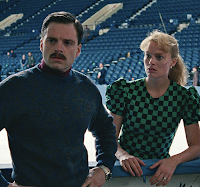 The saying goes that "History repeats itself, first as tragedy, second as farce," but Tonya Harding got it all backwards. We were laughing, I was laughing, from the very first minute. Farce immediate. It was terribly easy to laugh at - this clown car of characters had already spent their whole lives being laughed at, even by (or maybe especially by) those who saw themselves reflected in these fun-house mirror versions of themselves and their own bungled lives. It was all a grand goddamned joke, the unapologetic ice skank going down in flames.

Only now twenty-plus years later, as the clown car's taken over the country, do I feel the deep pull of tragedy buried in this beast's belly. I, Tonya, Craig Gillespie's grand bio-pic spin on the tabloid saga, charts this course with a surprisingly confrontational approach - the film is tragedy and farce kicking in each other's teeth from the first frame. It takes some adjusting to. Think of it as one of those centrifugal spins ice skaters are so good at - the first hour is a fairly wobbly build-up, perhaps a point or two deducted during the skate up and start, but by the end this thing's a wicked nasty tornado, on point, come to tear apart everything in its path. (Funny it's always trailer-parks bearing the burden's load of such storms, isn't it?)

That is to say the movie gets better as it goes along. The final half hour of the film is bravura stuff, but more pointedly it's bravura stuff that looks back and re-colors everything that came before it. You needed the wobble to reach the total insanity of the spin. It's a risk like what Tonya herself took going for her truly insane triple-axel leaps, which were built as much on stupid faith as they were an extraordinary athletic ability. She never knew if she'd land but the bitch jumped anyway. 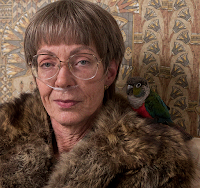 And so I found myself looking back at the weaknesses of the first half - meaning the tonal inconsistencies mainly, where the film's forcefully trying to make us laugh at the grim horror of poverty and abuse and not totally sticking that landing (save Allison Janney, who skates in two directions at once better than anybody) - with an appreciation of the movie's bottom line, once it finally gets there and lays out its case. Suddenly the discordant overlay of Farce with Tragedy, the disconnect we feel in those moments of ha-ha violence, kinda seem to shape themselves into the movie's big purpose. I Tonya seriously wants us to be uncomfortable. It wants us to look at abuse splashed with a laugh track. Calling it a "punchline" is maybe a smidge too perfect, right?

But isn't that what we came for? A hillbilly spectacle, Benny Hill music over Hee-Haw On Ice? We wanna see the silly clowns slapping each other, pratfalls turned to pirouettes and back again. I Tonya, wicked good, is smart enough to slap back. Back in the day I personally might have projected my stepmother's face across Tonya Harding and laughed as she got her trashy comeuppance at last, dreams dashed off the edge of Mount Olympus, but once the cameras left and my anger at that old woman dissipated what the hell was left in its place? What fresh American Hell do we keep leaving in our wake?
.
.
Who? Jason Adams When? 6:30 PM

1. as i am continually saying, your reviews are gold

2. congratulations on surviving your traumatic childhood and becoming the funny man you are today

3. i will buy your book when you write it

ps - i am so looking forward to this film [opening here 15 march!]

That review reads like a brief thoughtful essay, I wanted to see the movie before, now even more.

This is probably my favorite review of yours to date. You're such a skilled writer!

This is gold. I actually read parts of this out loud to my husband after he mentioned seeing the trailer.