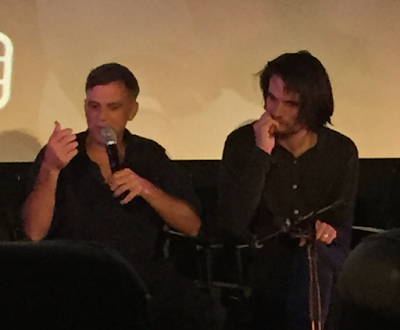 Last night the Alamo Drafthouse screened Paul Thomas Anderson's 2015 music documentary Junun, which is about Radiohead guitarist and Oscar-nominated composer Jonny Greenwood traveling to India to make music with local musicians inside a dilapidated palace, and your trusty movie blogger was there! I'd seen the film at the New York Film Festival when it screened back then - you can read my review right here. I believe I use to word "transcendence." 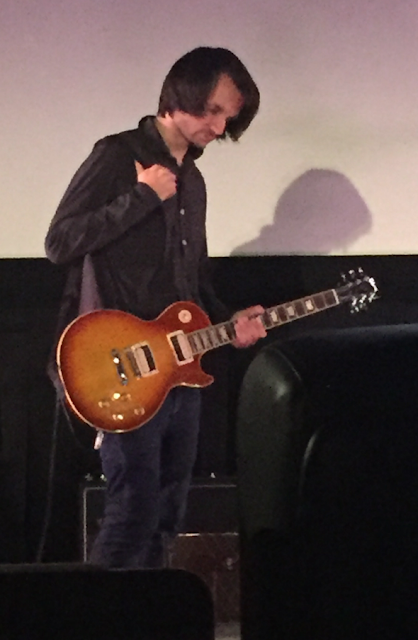 Anyway I went to see the movie a second time because it is indeed transcendent but also, and most enticingly, Jonny Greenwood has dragged all of the Indian musicians to the US (they're opening for Radiohead's current tour) and they were all there at the Alamo in Brooklyn last night for a Q&A about the movie (PTA also showed) and after that a live performance! Holy crap! It was, to put it mildly, even transcendentier. Here's a smidge of video I took:
.

I took a little video of the Junun musicians rocking out #Junun #jonnygreenwood #music #radiohead
A post shared by Jason Adams (@jasonaadams) on Jul 9, 2018 at 7:56pm PDT


You can see another photo on my Instagram.
These are the nights I live in NYC for.
.
Who? Jason Adams When? 1:41 PM