Do Dump or Marry: The Guys of July 13th 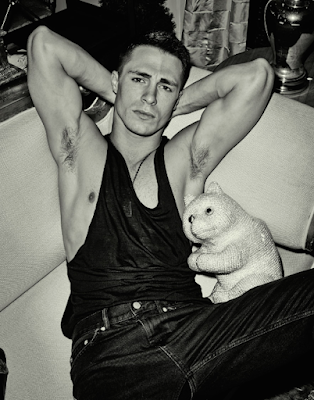 Tomorrow is a big day in Hot Guy Birthdays (no not me I'm not until Sunday, sillies) - it's the birthday of Harrison Ford, Fran Kranz, Stanley Weber, Colton Haynes, and Steven R. McQueen. I'm gonna ignore those first two (although if you click on their names you'll see I've done the opposite in the past) and focus on the latter trio for a round of our favorite gratuitous parlor game Do Dump or Marry. 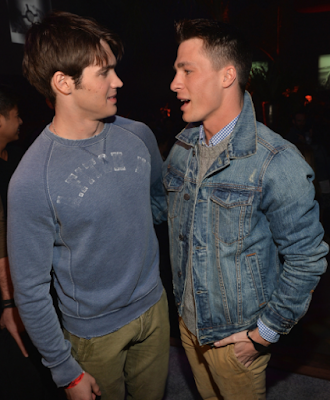 Colton & Steve McQueen's Grandson seem like they co-starred in something, don't they? But I guess they didn't even though there are lots of pictures of them together, I don't know. Maybe the CW connection (McQueen was on the Vampire Diaries and Colton was on Arrow). Anyway our third is Stanley Weber, who should really really really be put in more things I watch, but if you're unfamiliar check out this big ol' post we did and make yourself the opposite. 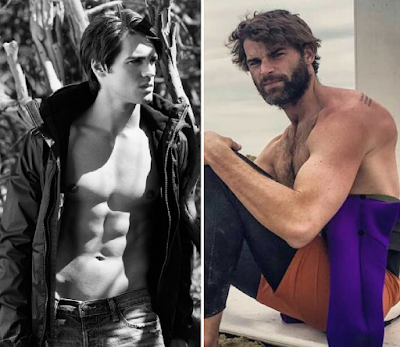 Do Colton
Dump McQueen
Marry Weber so we can do it forever. 😋

do Mcqueen
dump colton (loudly and in public)
marry stanley

Wasn't THIS one of the blogs that colton threatened with layers and lawsuits when you ran pictures of him and some other guy in a bathtub together? I remember a few years ago he threatened quite a few web sites so people wouldn't think he's gay. What a little prick.
Do McQueen
Marry McQueen
like anon said dump colton (loudly and in public)
Stanly who?