The Moment I Fell For... James Marsden

The teen horror film Disturbing Behavior starring Jimmy and Katie Holmes (and a great little turn from Nick Stahl) was released 20 years ago today and I'm sure I saw it opening weekend in college because I saw all the horror films opening weekend in college right then. In fact they often held preview screenings for us privileged kids - I know I saw Scream 2 and I Know What You Did Last Summer that way so it's possible the same happened for DB. 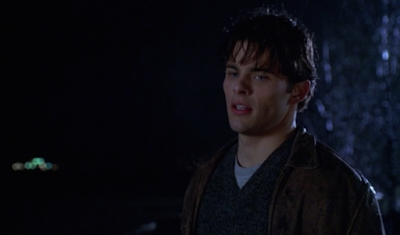 Anyway I'm trying to recall if I knew who Marsden was before this movie - he'd done a bunch of TV like The Nanny and Party of Five and Blossom, so it's possible I'd seen him one of those places. He had also done some modeling... 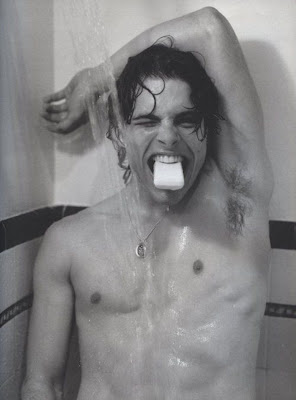 ... that I very well might have been aware of, ahem. But I certainly knew who he was after this movie, and apparently so did Bryan Singer because just two years later Marsden got cast as Cyclops in the X-Men movies and we've been blessed with Jimmy ever since.

Any fans of Disturbing Behavior? I honestly haven't seen it since it came out so you'll have to tell me if it holds up - I remember thinking it was decent at the time, but clearly not enough to re-watch it dozens of times like some of its contemporaries, aka the Scream movies and the Ryan Phillippe shower scene in I Know What You Did Last Summer. Speaking of...

... while researching this post I read that Marsden apparently turned down Phillippe's role in 54, which came out this same summer (exactly a month later actually) and I wonder what that story is. It's easy to project some career-based homophobia onto that - Ryan had already played gay stuff at that point in his career but Marsden took a few more years; tell me if I'm wrong but I don't think he did anything gay-ish until 2004's The 24th Day with Scott Speedman? 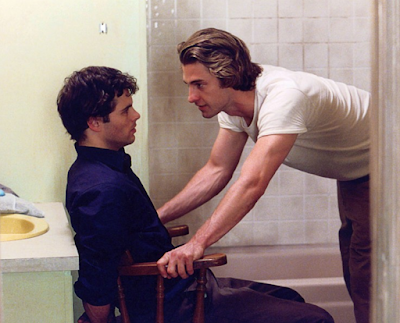 James hasn't shied away since though, giving same-sex a spin in movies like The Heights and The D Train, so he's forgiven. And I like watching Ryan Phillippe in 54 anyway so that turned out okay. So next up for Jimmy, between Westworld seasons anyway... 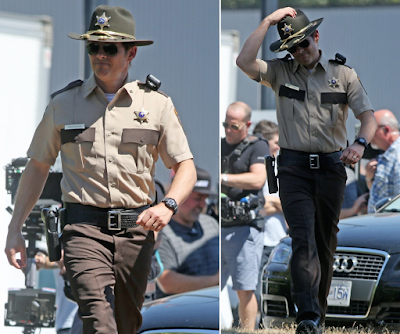 ... is the Sonic the Hedgehog movie (man I don't know, don't look at me), which funny enough he was just spotted on that set today - see more pictures over here. He is playing a police officer, it seems, and... not a Hedgehog. That's probably for the best.
.
Who? Jason Adams When? 12:44 PM

Love James Marsden ... I don't know why he gets a lot of flak for being in the Sonic movie when he's done it before, playing lead to a CGI Easter bunny in "Hop," so this Sonic movie should be no different.

My Marsden Moment came during a 1997 TV movie called "Bella Mafia", which had an impressive cast that included Dennis Farina, Vanessa Redgrave, Nastassja Kinski,
Jennifer Tilly, Illeana Douglas, Franco Nero, and Peter Bogdanovich. There's a scene near the end where JM is tied to a chair, and the camera catches his incredibly blue eyes in close-ups. Whoa! "Bella Mafia" is worth watching for the cast and the operatic, violent plot---I see a couple copies of the full film are posted on YouTube.

Re: Nick Stahl. For a couple of decades, up until The Incident, he seemed to be in everything. I could never understand why. To me, he seemed bland and forgettable, but then, I've always felt the same way about Ryan Gosling, so I'm clearly in a minority.

One of the most beautiful male faces in record :)