Scoot! Scoot In a Suit! 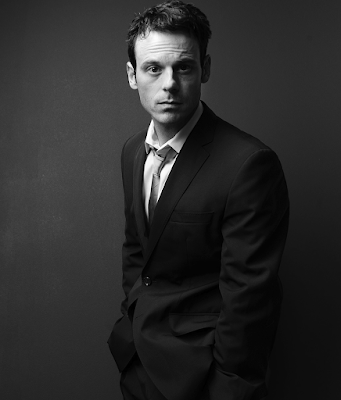 Quentin Tarantino's cast of thousands for his Charles Manson movie Once Upon a Time in Hollywood has just grown by a Scoot - the one called McNairy, that is. The Halt and Catch Fire actor, who's been in maybe a couple of other projects over the past couple of years (and by 'a couple of" I mean "all the projects, all of them"), has joined the cast to play a fictional person called Business Bob Gilbert, who Deadline describes as "a character in the Western TV show from the time period that is an element of a Pulp Fiction-like tapestry of the summer of 1969 in Los Angeles." (thx Mac) Right now would be a good time to add who else is in the cast but oh my god it's literally everyone, but you can see some of the specific names at the Deadline link though. Anyway this follows up that movie Scoot's starring in opposite Matthias Schoenaerts - it's a good time to Scoot!
.
Who? Jason Adams When? 5:23 PM

The Other Michael said...

I read this headline as a Dr Seuss line —

Scoot! scoot in a Suit!
Scoot Scoot, scoot in your suit!
Scoot to the store to buy some fruit!
Scoot to your home, where you sit all alone,
Waiting for to me to slip you out of that suit!