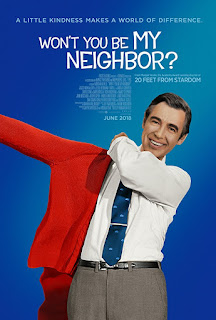 I am not a religious man. I was raised in the Church of God though - Pentecostal. Full on people speaking in tongues and rolling around in the aisles. That stuff didn't seem strange to me at the time it was happening - all of the adults were okay with it, so why wouldn't I be? I can remember being a teenager and trying so hard to will the spirit into my throat like that - praying myself hoarse. But it would never come. Of course that's because there was something wrong with me ... psst, gay stuff.

Anyway I remember the people of my church as kind, decent people. When my parents split up when I was seven-years-old these people fed me, and literally gave me and my mother shelter. Who knows where I would be, what would have happened to me, without them? But the schism between those kindnesses and the rejection I stewed in for the following decade of my life, all of my teenage years as I figured out that I didn't belong there, that these kind people didn't actually want me as I was, well I suppose it really all comes down to that - the defining trajectories of my life, my issues, my concerns. I'll probably never feel right, and I might never stop being furious about it.

These things have only gotten worse over the past two years. They're things I thought I'd let go of and gotten past - my grandmother, the matriarch of our little religious community (she taught Sunday School at my church, and learning to read and write came as much via her bible verses as it did my day-time lessons at public school), died a couple of years ago and finally severed (I thought) the connection I felt to that part of my family. I had stuck around just enough for her, because as deeply fraught as our relationship was (I never came out to her), she was as much a mother to me as my own mother. She stepped up when my father bailed and I stayed with her for months at a time as a kid. (Which got complicated, as I mentioned earlier this week in my Hereditary review.)

So with her gone I was ready to say goodbye to these people for good. And then the election happened. And a dam of fury I didn't know existed within me anymore burst. The hypocrisy, the downright indecency, of people who espouse Christianity but who have, for whatever reason, tossed their lot in with meanness, with hatred and racism and inter-personal cruelty - I have known that side was there since I had to walk away from it as a 17-year-old who spent every night thinking about killing himself and found no peace there among those people, but the moral rot has truly taken hold, and an apocalyptic madness seems to grip them now. They're ready for the Rapture, the rest of us be damned, quite literally. 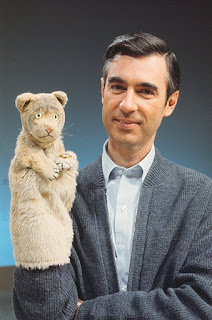 I know this is a lot of cram into a supposed review of a documentary about Mister Rogers, but it's all there in the film, every ounce of it. The film itself deftly slides around the subjects but they light at its edges like little eruptions of heat and gas from a ground that's bubbling up with flame - here was a religious man who stepped into the public square in order to sell decency and kindness, the two legs that god himself should stand on, to everyone, religious or not. He looked outward, to the person in front of him - not the idea of them, not his idea of them, but them individually. He valued every person, every quirk - he knew that society itself depended on it. That we were expected to reach out our hands one to one to one - a community, a neighborhood.

I hate that the concept has been poisoned and commodified by a Kevin Spacey movie but I kept thinking of the idea of "pay it forward" watching Won't You be My Neighbor? - the fever that's taken ahold of the Christian Right (which, as a structure, has about as much to do with the tenets of Jesus as do the Transformers movies) doesn't look outward at all with anything resembling compassion. They've curdled up into themselves. They have no interest in the actual foibles of humankind - of loving their actual neighbors, or of setting an example of selflessness.

Fred Rogers would be horrified of what's become of human decency in 2018, as a minister and as a Republican, but then, as the doc touches on, they don't want anything to do with him anyway. He's been spurned by the Fox News Machine as a communist hippie whose teachings to children about valuing themselves as special and unique are responsible for birthing a generation of do-nothings (or, in the parlance of assholes, snowflakes). 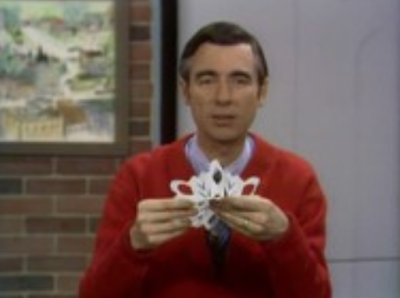 That the Religious Right has weaponized the very concept of our humanity, our individual natures, and turned it into a dirty idea, that gets right to the black heart no longer beating at their center. It's at the heart of what shot me cannon-like from their midst back at the age of 17 - I'm thankful for it, of course; I do enjoy and appreciate now thinking for myself.

But think how great we'd be if we'd all made room for one another? Won't You Be My Neighbor, gliding among the sets of that cardboard little Kingdom that Fred Rogers built on a soundstage in Pittsburgh, Pennsylvania, gives us a view of what that world, that utopia of kindness and decency, could've looked like - a dream, a fairy-tale, one we still haven't proven ourselves worthy of. But we gotta strive every day to be as good as that. It's all that we have, each and one another, good and bad, smiles and frowns. Decency is the least dirty word in every language. Even the puppets know that. 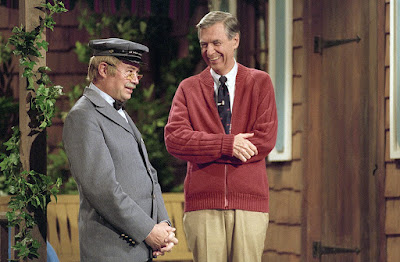 This is so thoughtful and articulate.

Your "review" got me choked up. I love your site and I love your writing skill. This was incredibly well written.

What a great, moving review. I've known several people who worked for/with Fred Rogers and they all said he was as wonderful in real life as his TV persona, if a bit more irreverent.

This was an extremely well written piece that made me tear up at my desk to the point I had to go to the bathroom and cry. I agree so much with all that you said, and Mister Rogers holds such a dear place in my heart. (Him and Levar Burton basically raised me as a latch key kid.)